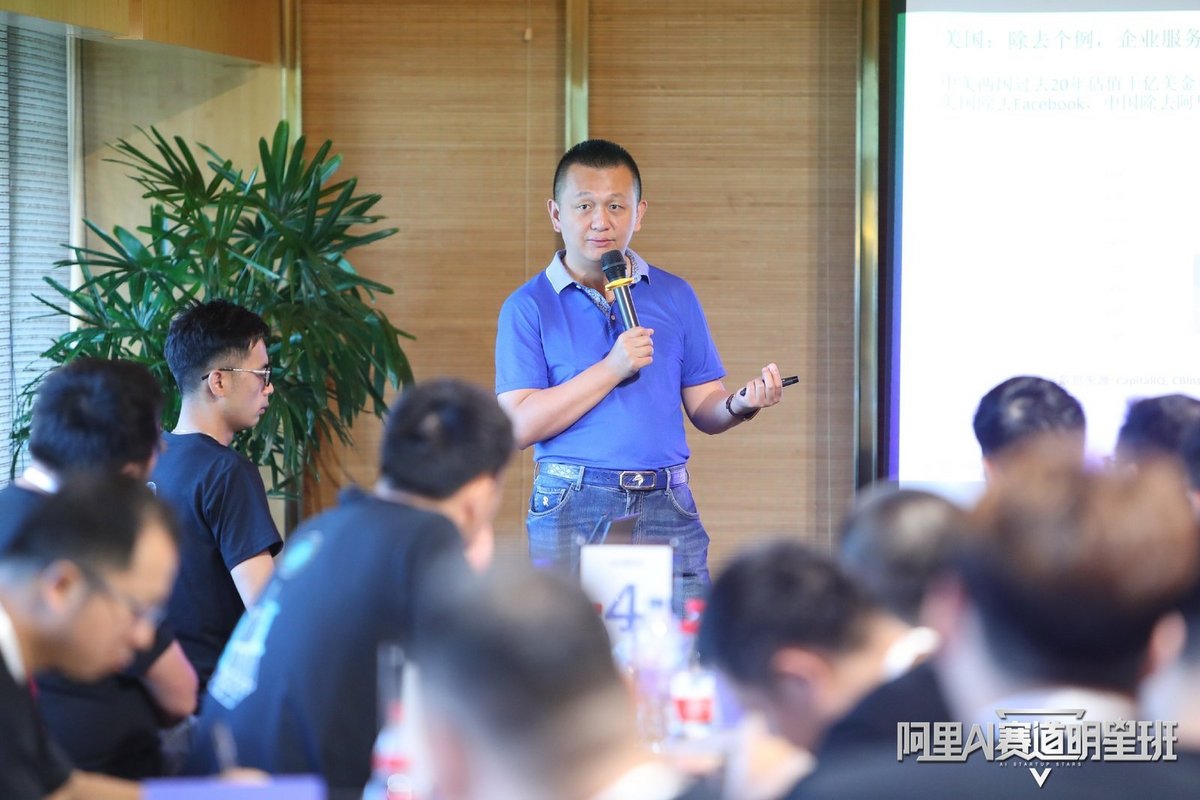 Here’s a summary of his sharing:

In the past ten years, although Internet VCs made more money in the internet consumer-oriented market such as Facebook and Twitter, the total market value of US corporate service companies has surpassed the former.

In the United States, there are several consumer-oriented service Internet companies with a market cap ranging between USD 10 billion to 100 billion but not many are valued less than 1 billion. However, in the enterprise-oriented services sector, although a few companies have more than USD100 billion in market capitalization, there are many companies between 1 billion and 20 billion. In the enterprise-oriented server market, niche companies can already achieve valuation in billions, with a very minimum startup capital. This means lower risk yet higher returns. This has been a very obvious trend in the United States over the past decade.

Why is this change happening now? Chinese enterprises have indeed transformed themselves in the past decade. A significant change was the emergence and popularization of the mobile internet. In China, mobile was preferred over PCs and we can see that the number of WeChat users exceeds one billion.

Secondly, the user’s purchasing power is much stronger than before. Ten years ago, video sites such as Youku and Tudou were free of charge for users. Today, iQiyi, Tencent video, including Youku charge members and there is a significant pool of active paying users. Today, consumers are willing to pay for knowledge. Since the subscription fee is affordable, subscribing is becoming a habit.

In recent years, the number of Chinese unicorns exceeds that of the United States although Chinese companies have a different valuation. Internet companies in China have been churning out new innovations in recent years, and there are still many business models that are not available in the United States.  For example, the sudden popularization of PinDuoDuo (PDD) has made itself a USD20 billion company. US has not seen a similar PDD business model to date.

In the past three years, GSR Ventures has invested more of its funds in companies enterprise-oriented service sector. GSR Ventures has witnessed the transformation of China’s corporate service companies. They are on the rise, and some of them are growing fast. In the past two years, many of the projects they have invested may have tens of millions of RMB in revenue this year.

Companies are very willing to pay for enterprise-oriented applications, and this trend is already evident. The income of these companies is growing rapidly, and investors will be more optimistic about the industry.

The three potential sectors are education, business solutions, and artificial intelligence because these sectors do not fluctuate with the business cycle and there are always opportunities.

Prior to any technological phenomenon, there must be a solid basic infrastructure. During the pre-Internet era, the first big company was Cisco. In 2000, it became the world’s most valuable company in a few months, because everyone had to buy a router online. As we approach the AI era, we see NVIDIA’s stock rising several times in the past two years, with a market value more than several hundred billion dollars.

AI technology will bring new business models and applications. The big companies in the Internet era are companies such as Yahoo, Google, and Amazon. Facebook came later. Many social network companies did not do well until Facebook came into the picture. After Facebook, we began to see new social platforms such as Instagram and Snapchat.

The same is true for artificial intelligence.  We recently discovered that, first of all, there are many opportunities in chips. Recently, DeePhi Tech (invested by GSR Ventures) has been sold to Xilinx (semiconductor manufacturing company). DeePhi Tech mainly accelerates deep learning on chips, solving a huge problem in AI.

In addition, there are many obvious applications of AI. After XiaoHongShu applied AI in their e-commerce platform the number of active users and the user’s usage time has almost doubled. Therefore, AI is not only for enterprise-oriented applications, but also has a very significant effect on social media platforms.

Since last year, mobile phones have begun to increase the number of AI chips. For the first time, they have achieved the computing support for AI and this may take two or three years to become a norm. Only with a larger pool of users and data, we can achieve the full potential of AI. The first touch-screen mobile game emerged and took off very rapidly in 2009 when the smartphone came out ten years ago. We believed that the applications of AI will mature very quickly.

In the past four years, GSR Ventures has invested in more than 20 AI projects, including Shenjian Technology, DeepMap, DataAdvisor, Zingbox, and Horizon.  Almost half of these projects are in China and another half in Silicon Valley. In general, Silicon Valley has more matured pool of talents.