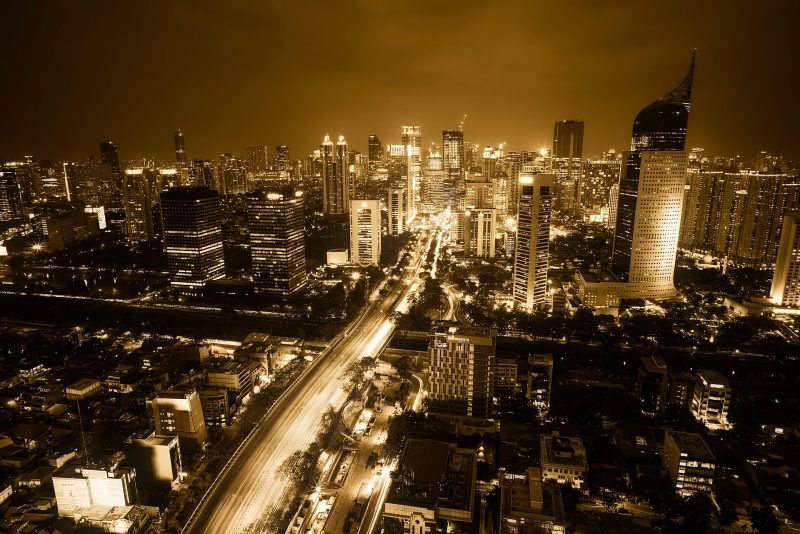 Indonesia, the fourth largest country in the world based on population, is often looked upon as the fastest growing market in Southeast Asia. One area it is particularly brimming with potential is in the financial tech (fintech) space, which has the ability to affect citizens on a deep level.

For one, the country’s National Strategy for Financial Inclusion plans to have 75 per cent of all Indonesians equipped with an official bank account by 2019, a goal Asian Development Bank (ADB) said that “fintech is at the core of plans to meet”.

According to a May 2018 report published by Fintech Singapore on the state of the Indonesian fintech scene, which will also be referenced throughout this article, the total value of disclosed fintech investment as of 2017 is $176 million, with the transaction value in 2018 projected to be $22 million.

How does the fintech landscape look like in Indonesia?

According to the Journal of Innovation Management, ‘fintech’ is a new financial industry that applies technology to improve financial activities.”

Financial technology companies come from both the startup world and traditional financial services sector, as both are trying to replace or enhance the usage of financial services provided by existing financial institutions, and its growth can be partially attributed to the proliferation of smartphones.

This is not limited to startups as financial institutions are getting involved in the revolution; many banks have already started their own fintech innovation programmes hoping to mine the next winning idea that will change how people use their money.

As the fintech industry, on the whole, is a new market to be explored, it is still fairly nascent in Indonesia. Only half of all adults in Indonesia have a bank account, which means that there are still millions ‘unbanked’, a term referring to those who do not save their money with financial institutions. Many still get their salary and pay for expenses in cash.

Hence, fintech startups in Indonesia focus on a very different pain point compared to those in developed countries in Asia, like South Korea or Singapore, which might have high credit card usage. Companies operating out of the ‘Payments’ category, in this case, could include Mandiri e-cash, for example, which allows users to withdraw cash using a phone number as opposed to a bank account. 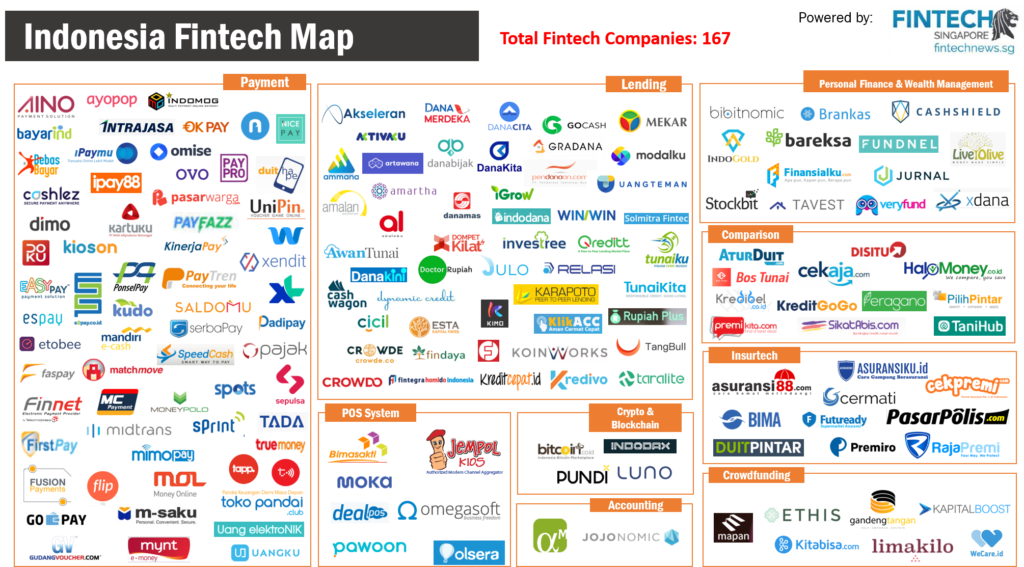 In order to ensure a stable financial landscape, Indonesia has set up a number of initiatives to regulate and oversee the fintech ecosystem and has been tightening its control over this booming and dynamic market. 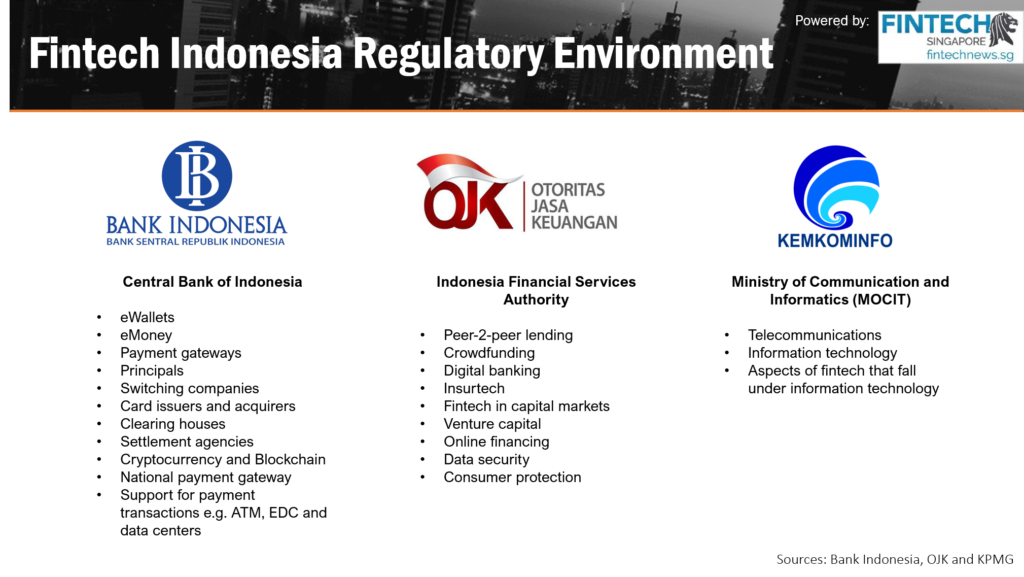 As of April 2018, 40 peer-to-peer lending companies had registered with OJK, or Otoritas Jasa Keuangan (Financial Services Authority). It defines peer-to-peer lending services as those that allow meetings between lenders and borrowers that are meant to result in a loan agreement in the local currency.

Companies registering with OJK must be legally established and must have a maximum of 85 per cent foreign ownership, whether direct or indirect and hold IDR 1 billion (around $70,000) in terms of capital at the time of registration among other qualifiers. These firms are also restricted to only dealing with peer to peer services, and are not allowed to conduct other businesses.

According to Bloomberg in mid-May, OJK plans to issue new rules by June 2018 to pressure fintech companies into registering themselves with the relevant authorities. Those that are not registered will not be able to get investments from banks or “tap financial markets”, said Nurhaida, Vice Chairman, OJK. However, based on OJK’s official website, no announcement has been released about the supposed new rules.

One such firm that has registered with OJK, Modalku’s CEO Reynold Wijaya said, “The fact that OJK focused on [peer-to-peer] lending regulations in Indonesia shows that the government sees the enormous potential of fintech in supporting financial inclusion.”

Modalku is a business that matches companies with creditors to fund small business loans.

“With solid regulation, underbanked [micro small and medium enterprises] will have better access to financing and find it easier to grow their businesses,” he added, according to this report.

The full report can be found here and includes a description of the companies listed on the map.