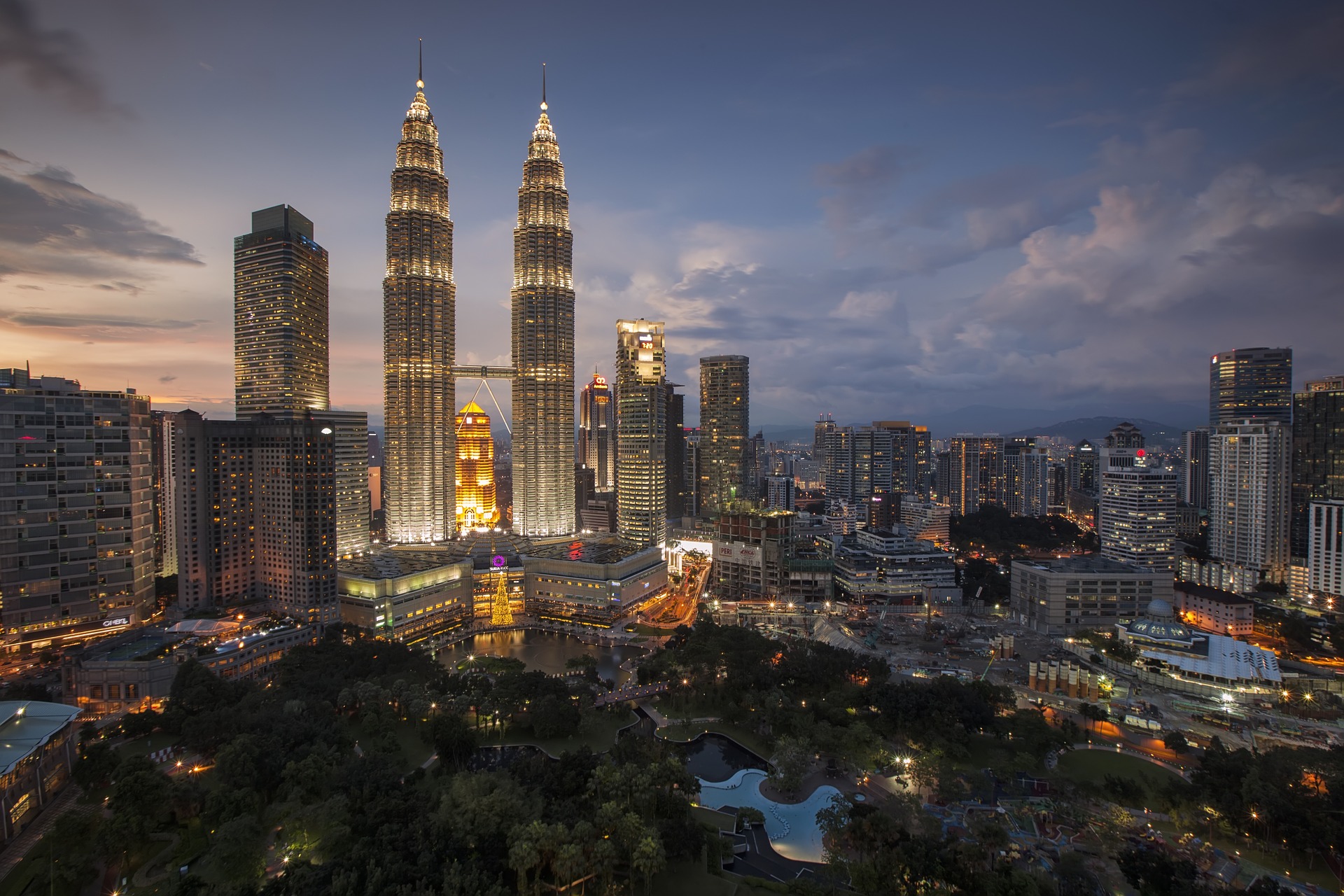 It has been a tumultuous last few years for Malaysia, a Southeast Asian developing nation with a population of over 30 million people. Ridden with an international graft scandal, the country’s people recently elected 92-year-old former Prime Minister Mahathir Mohamad as its leader in an unexpected win, promising many key reforms.

The country, which owes RM 1 trillion (around $246 billion) in national debt, has also established the Tabung Harapan Malaysia fund, a way for people and companies to donate money through transferring money into a specified bank account. At the grassroots level, people have also started their own crowdfunding campaigns through sites like GoGetFunding.com and others.

This provides a glimpse of how financial technology (fintech) will work in the ‘new’ Malaysia, essentially Malaysia 2.0, as it looks towards ridding corruption and improving its economy. Politicians are also becoming increasingly tech-savvy, understanding that tech has a crucial role to play in governance and policy-making; for example, one particular candidate from the Malaysian Chinese Association said that, if elected, he would use blockchain to ensure transparency.

While that might be a tall order, it is important for the rest of Southeast Asia to see the potential that lies within the fintech space in Malaysia, especially given the new administration.

According to the Journal of Innovation Management, ‘fintech’ is a new financial industry that applies technology to improve financial activities.”

Financial technology companies come from both the startup world and traditional financial services sector, as both are trying to replace or enhance the usage of financial services provided by existing financial institutions, and its growth can be partially attributed to the proliferation of smartphones.

This is not limited to startups as financial institutions are getting involved in the revolution; many banks have already started their own fintech innovation programmes hoping to mine the next winning idea that will change how people use their money.

According to Malaysian early stage accelerator and investment firm 1337 Ventures, which published an opportunity map displaying the breakdown on verticals within fintech, most of the existing fintech firms in the country are operating out of the payments and lending verticals.

There is also the potential for growth within the Islamic Finance vertical, which is key given Malaysia’s demographics, with more than half the country identifying as Muslim.

The company noted that the results have been “eye-opening in the sense that it highlights the fact that [Malaysia] is lacking fintech startups in some categories while being heavily populated in other verticals”. It also just launched its latest pre-accelerator programme, a four-week fintech-oriented crash course with mentors from various local banks in the country.

Within the e-wallet space, we reported yesterday that gaming firm Razer has debuted its e-wallet app in partnership with Malaysian conglomerate Berjaya Corporation Berhad, allowing the app to be used at over 6,000 establishments. This is an overcrowded space with many players, but Razer’s participation has shaken things up, especially with Chinese e-wallet apps Alipay and WeChat Pay already in the Malaysian market. Southeast Asian vehicle-hailing platform Grab also made its first foray into payment last year with Grab Pay in Singapore, a move it replicated in Malaysia in June 2018.

Comparison sites are also popular among Malaysians, with companies like Singapore-based GoBear and Malaysian firm iMoney, both platforms that allow consumers to verify and compare various financial products from insurance to credit cards. Founded in 2012, iMoney said in an interview with The Edge in 2017 that while it operates across the region, its home country still brings in more than half of its revenue.

“In Malaysia, we had a two-year head start so it’s all about growing. In markets like the Philippines and Indonesia, there’s still a degree of building involved and we do not have as many verticals there as well,” said Lee Ching Wei, CEO, iMoney.

Verticals that can use a bit more competition include credit scoring companies, real estate sites, and capital market trades, according to 1337.

Most regulations within the Malaysian fintech space have to do with financing and equity crowdfunding solutions.

Bank Negara Malaysia (BNM), which is the central bank of Malaysia, first issued the Financial Technology Regulatory Sandbox Framework in 2016, aiming to create a conducive environment for fintech to thrive and add to the growth of the country’s financial industry.

Commonly, sandboxes help private companies work with governments to test its offerings “with greater flexibility or even exemptions from existing regulation”, described multinational firm Ernst & Young in a 2016 report on compliance and regulations within fintech.

Companies that are accepted into the framework might find it easier to work with customers, both enterprises and consumers. Of course, not any company can get accepted; requirements include but are not limited to:

“It helps with the customer adoption rate…which customer would want to hand over money to a company that’s not licensed or recognised by the regulator?” shared Adrian Yap, CEO, MoneyMatch in an interview with Digital News Asia. MoneyMatch was one of the four companies announced to have been approved by BNM in mid-2017.

Yap added, “A lot of doors have actually opened in the remittance and money exchange space as well. The bigger players in the market have also started wanting to work with us. So there are definitely benefits that have come from being in the sandbox.”

BNM also set up the Financial Technology Enabler Group, which is “responsible for formulating and enhancing regulatory policies to facilitate the adoption of technological innovations in the Malaysian financial services industry”, according to its website.

Malaysia was also the first country in Southeast Asia to roll out laws regarding equity crowdfunding (ECF) when it passed a bill in 2015 to regulate the vertical. Equity crowdfunding refers to when investors acquire a percentage of ownership in a private company receiving the investment.

According to a 2016 report on ECF by Invest Smart, a campaign under Securities Commission Malaysia’s Investor Empowerment initiative, some new rules under the 2015 bill include:

As of 2016, six ECF platforms have registered themselves with the Securities Commission: pitchIN, Alix Global, Crowdo, Eureeca, Ata Plus, and Propellar CrowdPlus.

Clearly, fintech remains a space in Malaysia where there are still uncharted paths to trek.

Unlike its closest neighbour Singapore, which might have built up a stable infrastructure for growth and innovation, Malaysia might have it slightly rockier. However, Malaysia has the resources that can help it accelerate its progress, like the sheer population size alone that has obviously proven it to be a valuable market within Southeast Asia.

While there are strong incumbents gaining traction in a few crowded markets, with increasing capital being poured into the country be it from local firms or foreign corporations, and regulations that seem to favour the entrepreneurial spirit, the state of things do look promising.

We recently wrote about the Indonesian fintech space. Read about it here.