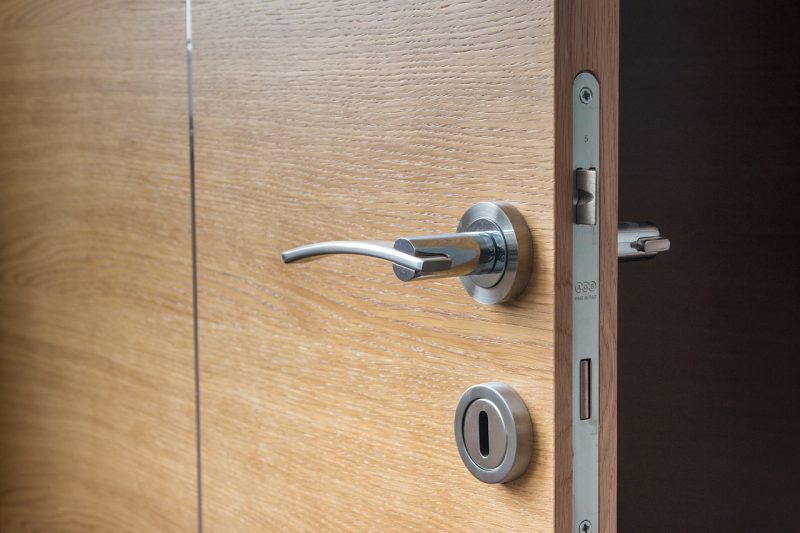 Chinese hotel room sharing service Shui Shui 睡睡 (which literally means “sleep” in Chinese) has once again gone offline from major app stores. This has happened several times previously, the first being in January 2018 when WeChat pulled its services off its mini app platform for being “lewd”.

Its business idea is to connect strangers with each other to share a hotel room, rooted in the promise of cheaper rooms thanks to the sharing economy – an idea that might sound innocuous initially.

Over time, Shui Shui gained a reputation for encouraging “unsafe practices”. The app now can’t be found on the main app stores in China including iOS and WeChat’s mini app platform. However, there are workarounds. When KrAsia contacted Shui Shui’s customer service, it explained how to install the app with an enterprise profile.

Started as a mini app on WeChat in 2017, Shui Shui was not the first in the market to target room-sharing. In 2015, Kuai Chang, a Chinese company launched Zhima Pinfang 芝麻拼房, a similar service whose name translates to Sesame Room Sharing. It targeted young people and travel enthusiasts, according to media outlet Lie Yun Wang. Zhima Pinfang pulled its app off various stores in 2016 and never made a comeback.

Shui Shui took advantage of this supposed gap in the market, claiming to be an app that prioritises safety by using credit checks and image recognition technology to ensure that users are verified persons. Kr-Asia’s parent company 36Kr reported that this can easily be circumvented by using a photo of an ID found on the web.

Wu Xuyang 吴旭阳, Shui Shui’s founder said in August 2017 that he thinks of this app as a way for travelers to get to know others, even going as far to say that the app only allows users to match with people of the same sex. He repeated this message again in February 2018, after the app was taken down by WeChat in January. However, marketing materials and screenshots show otherwise.

As of August 29th, the app greets users with an image that encourages users to “Go back to being a 20 year old” and claims that it’s “Bringing empty hotel beds and couches to more than 100,000 gorgeous female backpackers.” While it’s not entirely clear what Shui Shui intends to say with this message, it doesn’t help in making it come across as a safe environment for people who are just looking to save some money on their travels.

According to app screenshots, Shui Shui does allow people to match with those of the opposite sex. It allows users to pay an upgrade of 79 yuan (US$11.5) to see and match only with female profiles – a feature available to both men and women. Wu once said in an interview that about 70 percent of Shui Shui’s users are male.

The fact that the app, before its disappearance from the app store, was primarily used to match with people of the opposite sex is apparent from how users presented themselves.

Male profiles wrote that they only want to match with “小姐姐” which roughly means “cute ladies”, and female profiles also asked to match with “handsome men”, even inviting them in for an intimate hug. Not beating around the bush, one man said he is using the app  to open a room with a queen bed and that sex is a requirement for roomies who want the cost to be covered by the man.

Just recently, China’s ride-hailing platform Didi had to discontinue its carpooling service Hitch after two rape-and-murder cases occurred within just months of each other. It had previously marketed its Hitch service as a social or dating networking service to help busy professionals meet others. One advertisement that was still live in May 2018 read, “you have a short skirt, I have warm air … to give her a ride, I’m willing” according to Reuters. Chinese consumers have since been deleting Didi in droves.

The Chinese ride-hailing giant will also pause its late night services from September 8 to September 15 as it rolls out new safety features like emergency buttons to call the police directly.

An app like Shui Shui can be even more dangerous than Didi. Sharing a room with a stranger opens users up to vulnerabilities far greater than sharing a car with someone else. For one, users are asleep. Some users of homestay services like Couchsurfing have had to deal with sexual assault; one Hong Kong traveller found her Couchsurfing host in her bed one night – uninvited.

Last but not least, such a service could also potentially encourage prostitution, an age-old profession currently illegal in China. One screenshot on Shui Shui indicated, “let’s first discuss ¥ (money)”. It is also reminiscent of Quick Come Rent Me, a service in China that allows people to “rent” others for a certain amount of time.

It might not be long until Shui Shui resurfaces again, perhaps under a different name or look. But until then, the sharing economy in China will remain cautious and wary of such services.