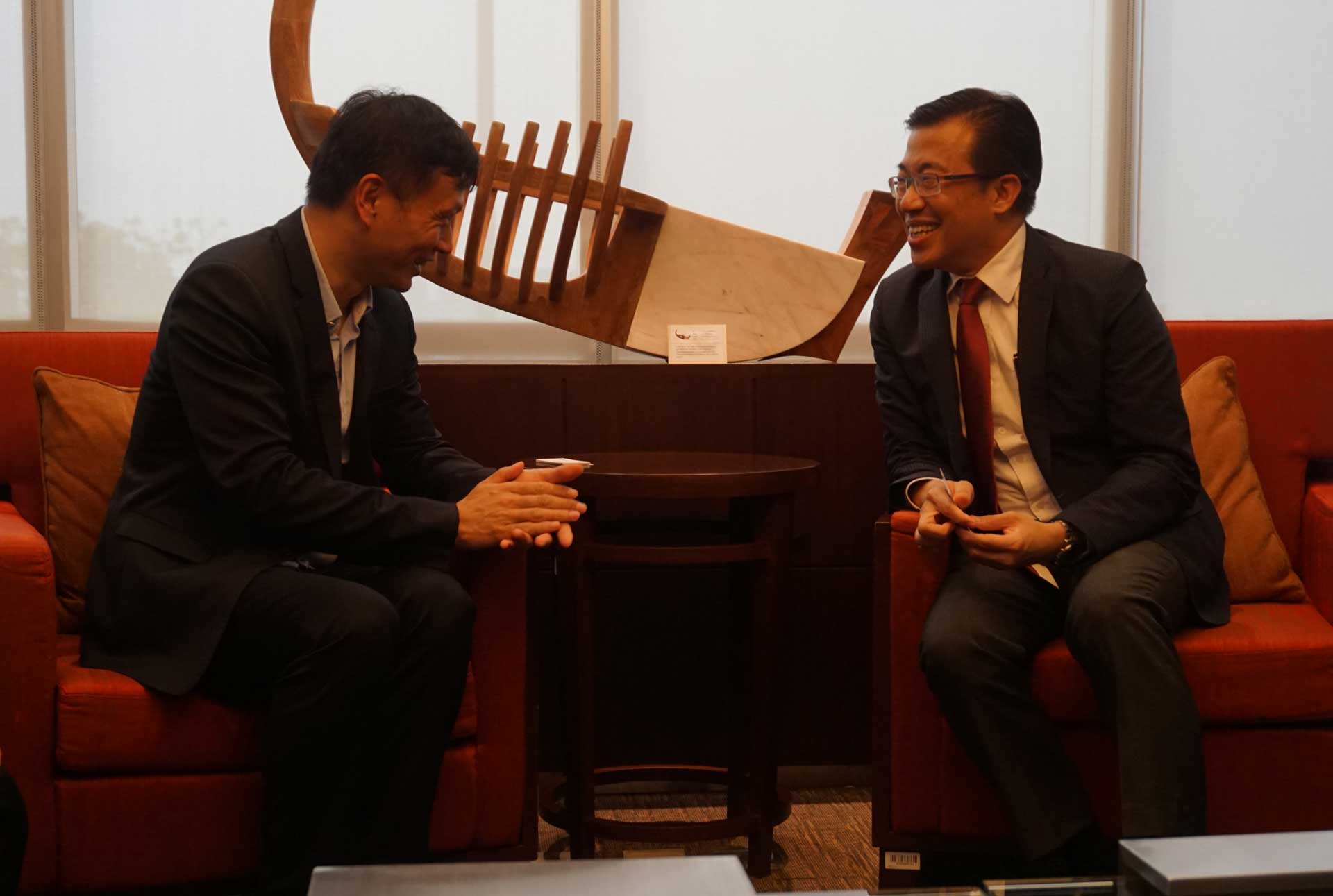 As the Thai government is looking to leverage some of the world’s most advanced technologies to enhance the country’s infrastructure, a Chinese internet company is called upon to participate and help.

CHEN Lei, CEO of Xunlei, a cloud service operator in addition to its video downloader business, made a trip to Bangkok April 4 through 5 and have met with a group of government ministers and business luminaries, including key officials across the Digital Economy and Society, the Stock Exchange of Thailand, the Finance Ministry, as well senior execs from the Bank of Thailand and CAT Telecom, the national’s state-owned telecom operator.

CHEN held talks with the officials and executives about Xunlei’s participation in two of the country’s main digital projects that are aiming to digitize some of the country’s infrastructural services.

The two projects, including a Digital ID System and a Smart City initiative, will partly count on Xunlei’s crowdsourced cloud computing and blockchain technologies.

“The (Thai) government is looking to collaborate with Xunlei on cloud computing and blockchain spaces,” said a Thai government representative.

Xunlei expects to sign up a memorandum of understanding (MOU) with CAT Telecom to set up a joint venture to bolster its service offerings in the country.

Xunlei is one of the few tech giants in China that have been experimenting with blockchain technologies. And Thailand’s blockchain-friendly business climate – incentives such as corporate income tax and duties exemption or reduction – has attracted a large swarm of blockchain-relevant business to practice business there.

The country has been supportive in applying blockchain to local industries and also has plans to implement the technology in the public sector to improve efficiency in areas such as railway and post services.

According to previous local media reports, the State Railway of Thailand and Thailand Post were looking up to new technologies such as blockchain to improve their logistics. The Thai railway system will invest 1 billion baht (around US$ 30 million) over the next three years in order to upgrade its information and communications technology.

After gaining popularity in China, Xunlei has been planning to roll out its cloud service to overseas markets. The countries participating in China’s ‘One Belt One Road’ initiative – which covers Thailand and other ASEAN countries – would be the highest priority, as CHEN said in the last earnings call in March.