Collapse or Reborn? The Media Industry in the Age of AI (Part 4) 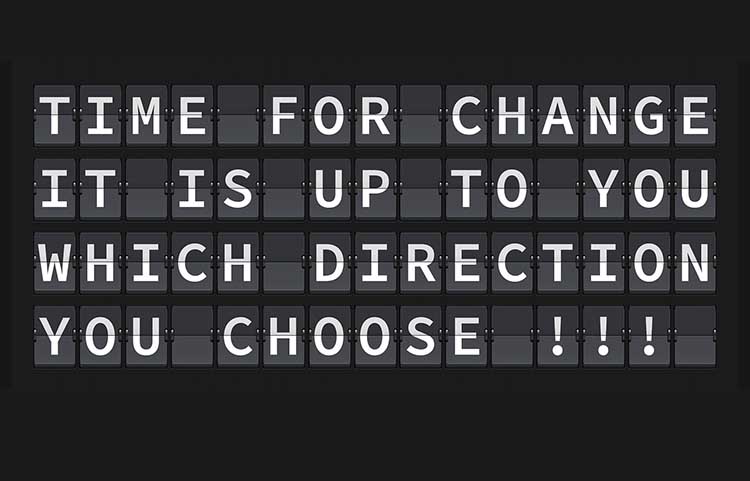 We are witnessing the revolution of the media world.

Machine-based content distribution is gradually taking over the manual work of editors while the emerging “we media” is upending the ways in which content is made.

Such tremendous changes happened in as short as three years.

People may grow nostalgic sometimes, but more often, they realize that they must move on in order to survive in the new world. This holds true for editors, web portals and content creators alike. This article is dedicated to them all.

Portals: in the age of revolution

Portals, or today’s news apps, are destined to make a change.

Statistics show that traffic plateaued at many portals in mid-2015, falling later in the second half of that year. According to the data provided by data platform Jiguang, the penetration rate of news apps was on the decline—down from nearly 12% to less than 10%. Besides, these apps delivered less-than-desirable performance in DAU and MAU.

These portals get caught flat-footed. They took great pains to turn themselves into mobile news apps, and fortunately, they finally carved a niche for themselves in the sector.

“Everyone was not busy around at that time, because the tally looked good and there was not much pressure from the superior,” a former editor at NetEase recalled, “even the director came to the office just for meetings, with little time spent on business.” 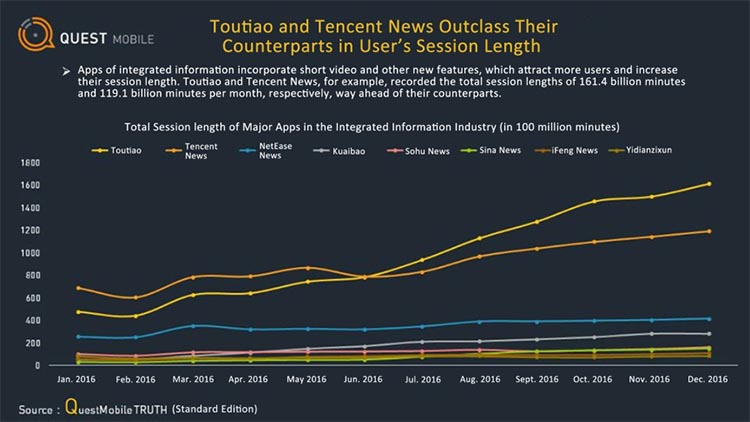 Toutiao, once haunted by copyright issues, set about establishing the self-publishing media platform “Toutiaohao” in the second half of 2014, maintaining the upward momentum.

So far, Toutiao, in terms of traffic, has outperformed almost all portals except for Tencent. On top of that, Tencent’s Kuaibao, a news app akin to Toutiao, has overtaken its counterparts in traffic.

These news apps, as a new form of portals, are rather “traditional” compared to those pay-for-knowledge or e-commerce-based media agencies, because they largely rely on advertising revenues.

So the decline of ad revenue delivers a crushing blow to them, making them so panic that they have undergone a string of personnel shakeups since the second half of 2016. On December 30, 2016 and March 24, 2017, deputy chief-in-editors of NetEase, Zeng Guangming and Tian Hua, resigned for “personal reasons”, successively; in December 2016, Sohu’s chief-in-editor Chen Chaohua quit his job; on May 17, 2017, Sina’s chief-in-editor Zhou Xiaopeng stepped down.

Momo, China’s location-based instant messaging App, seemingly an exception, saw soaring revenue through livestreaming— a new promising business. NetEase attempted to do the same once. It consolidated its entertainment, fashion and other channels into a live streaming center, and its journalists had to do several live streaming videos every month since it’s a new KPI.

At last, NetEase and other portals had to refresh themselves to learn what Toutiao was doing.

One day in late December last year, NetEase made a bold experiment to replace all labor with algorithms. All content on that day was pushed by machines without any manual editing.

Steven, a senior employee at NetEase still remembered what happened that day. He and a few editor colleagues were eating at the canteen, and found a completely different but terrible scene at the front page of NetEase, which was filled to the brim with “advertorials” with no news value but sensational headlines.

These bad pushes rapidly became the topic at the table. Some believed, machines could never detect junk-food news, like the content just pushed on NetEase, so it’s impossible for them to replace humans, unless NetEase would like to debase itself to a cheesy platform. Others including Steven argued It’s only a matter of time before machines replace humans, an irreversible trend which has been evidenced by the emergence of all machine-based push.

After leaving NetEase, Zeng Guangming job-hopped to Kuaishou, a tech unicorn specializing in distributing short videos based on algorithms. He posted an article this January, warning about the big gap between portals and Toutiao in terms of technological strength.

For portals, the intelligent distribution should be a tactic but not a strategy, Zeng suggested. Toutiao boasts an excellent algorithm team, so portals would gain no advantage by attacking their competitor’ strength.

We media: credibility and reputation

At the same time, portals themselves feel unsure of the development path of “we media + machine-based distribution”.

Elva works in entertainment channel of Sohu. In the past days, entertainment news was written by dedicated journalists who were able to distinguish facts from fake information.

Things changed after the joining of “we media” accounts which posted a great deal of “news” with eye-catching headlines and selective remarks. An unwary reader would believe such “news” was released by Sohu.

And celebrities involved in such irresponsible reporting would get angry and call in to tell someone off. Elva can do nothing to avoid such an event. What she can do and will do only is notify the account to delete its post, but the resulted negative impact cannot be erased, thus making harder for her to maintain a good relationship with celebrities.

The portal channel that editor Lyala works in now faces the challenge of a flood of advertorials after laying off much of its editors.

‘An advertorial’ refers to an article written by an author paid to intentionally compliment a company or debase its competitors, which usually cannot be spotted by machines. To deal with these ever-increasing advertorials, more interns have to be recruited to help delete or modify them, and sometimes, a team of seven cannot finish the work even they work late.

As portals rely more on the content produced by “we media” accounts, people in this sector share the same concern about the possible credibility and reputation damage caused by inferior content posted by these accounts that somehow finds a way into the information feed.

Technology is only a partial solution. Portals upgrade their review efforts, such as establishing a credit rating, punishing violators and review part of the content. However, it’s impossible for them to rate every single “we media” account considering the huge workload; review only targets political sensitive words for expertise is needed to detect fake news that rings true, but rehiring professional editors will greatly slow down efficiency.