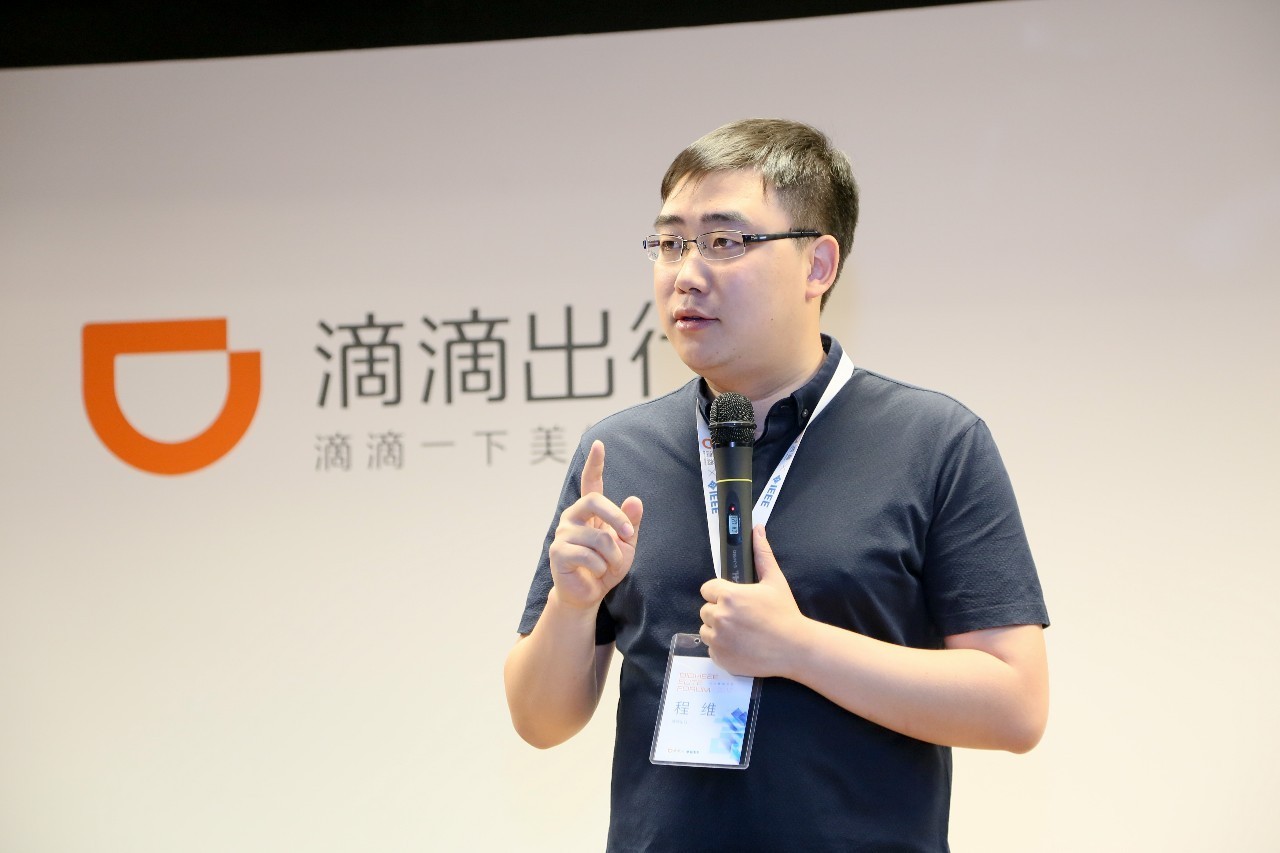 In an internal company-wide memo Didi founder Cheng Wei had sent and our parent company 36Kr had managed to obtain, the 35-year-old founder expressed deep remorse over the recent killings of two riders using the company’s carpooling service, saying that he does blame himself for the safety-related problems that have occurred.

Didi, which is currently the market leader in China’s ride-hailing market, had been in bad shape lately after it was linked to two rape-and-murders in three months, both of which were committed by its Hitch car-pooling drivers. The latest case happened in August — a 20-year-old passenger was found murdered in Leqing, a city in Chinese province Zhejiang. The driver has been arrested.

Cheng admitted that after the Leqing murder incident, Didi decided to remove its internal target for growth and reflected extensively on Hitch, its carpooling business. The Information wrote in August that Didi had struggled to meet its internal growth targets and has been trying all sorts of ways to boost its numbers, including expanding into food delivery and bike-sharing. It also recently acquired an auto-maintenance company in a bid to provide more car-related services to its users and drivers.

In the memo, he posed, “Does Didi have any values, or is it just a company that only cares about profits, disregards safety, a black-hearted firm that wants to shirk responsibility? Does Didi have the ability to protect its users? Is ride-hailing even an industry that should exist?”

Although Cheng Wei seems to believe that Didi might have let its overly ambitious goals overtake its good intentions in the beginning as it expanded aggressively, he does not think Didi was only driven by profits.

Going forward, Didi will prioritise its implementation of safety measures, and will establish a security department where Cheng Wei will serve as its team leader with Didi’s President Jean Liu as its deputy team leader. This new unit will work closely with the police to ensure safety across Didi offerings.

Full memo below (original in Chinese, translated into English by KrASIA)

It has been more than 10 days since the Leqing incident. I think that everyone like myself is deeply immersed in the pain of a life being lost. Didi, too, has been caught in a storm of doubt. I blame myself. All the problems belong with the management — the primary responsibility lies with me.

We have suspended our carpooling service Hitch and paused our late-night services. We’re going to launch a series of security measures, get rid of our growth-centric targets, as well as welcome multi-ministerial inspections. We have hit the emergency brakes on Didi’s rapid development. The other day, I met an unfamiliar young colleague in the office. He gave me a hug and told me to “keep it up”. I felt warmth in my heart, and I was moved. Everyone must have been suffering recently so I’m writing this letter to everyone. Let us give each other a virtual hug.

These days, like everyone, I am in pain listening to the criticisms and suggestions of the public and the relevant personnel, of which I am reflecting on. There are a few heart-breaking questions that we cannot hide from. Does Didi have any values, or is it just a company that only cares about profits, disregards safety, a black-hearted firm that wants to shirk responsibility? Does Didi have the ability to protect its users? Is ride-hailing even an industry that should exist?

We can learn from our mistakes and understand that the problem lies with us. We have let our ambitious nature got the better of our initial intention, and rapid development was able to plant hidden dangers. The internal system can’t keep up with the scale of expansion, just like the soul can’t keep up with the pace. For the first time, the Internet began to, on a large scale, support mobility and the transportation of people, and while Didi was bestowed with a good opportunity, it did not truly understand the responsibility and challenge that stood on its shoulders, and lacked the appropriate respect for it. There are blind spots within our safety indication system, and was overly focused on our accident rate per hundred million miles, death rates, collision rates, and macro metrics; it does not comprehensively prevent and control malicious crimes. Criminals are taking advantage of this gap, harming our users in an irreversible manner. In this regard, Didi has paid a heavy price.

However, dear colleagues, after this period of pain, should we totally denounce the online ride-hailing industry? Are we totally dejected? Have we given up on our dreams, and lost our ability to fix mistakes?

My heart is firm. We started this business wanting to improve ride-hailing, and this is also the initial mindset of all of you when you first joined this company. We will continue to fight in the direction of today’s challenges.

We’re exploring on a road no one has taken. Although some people question the safety standards of ride-hailing services, we still see a far lower rate of crime than the traditional taxi industry, and have seen a 100% detection rate. Starting from developing ride-hailing software, we have successively launched safety functions and safeguards such as big data risk prediction model, facial recognition, one-button alarm for calling the police, emergency contacts, number protection, travel sharing, travel recording, online and offline driver training. Every day, there are 27 million calls with number protection implemented; over 400,000 trips shared with family and friends to report that they’ve reached their destination safely. Every day, our customer service colleagues have to handle 2.1 million consultations and complaints, including more than 10,000 emergency requests; every day, our platform blocks more than 40,000 unqualified driver applications. In 2017, the incidence of accidents  on our platform decreased by 21%, and the use of rear seat belts increased from 2.5% to 10%. Every effort you have made in the past is valuable.

Didi is definitely not an evil enterprise nor is it a company that values profit over everything else. In the last six years, we have not earned a profit. In the first half of 2018, the company’s overall net loss exceeded RMB 4 billion. The average Take Rate of our ride-hailing business corresponding to GMV is about 16%, most of which is returned to drivers and passengers. The company’s overall GMV gross margin is only 1.6%. In the first half of the year, the total subsidy rebate, including driver peak subsidies, orders and service incentives, and passenger concessions, exceeded RMB 11.7 billion. Profit is by no means the most important target of Didi. As a platform that handles hundreds of millions of transportation requests, we will adhere to low-margin operations and put more revenue into safety and experience.

We still carry the trust of hundreds of millions of users. Every day, passengers come online to express their gratitude for the good service rendered. During difficult times, many drivers sent us encouraging messages. In every big region, we cherish pennants from users and police departments. It is precisely because of our commitment to them that we cannot give up easily, and we have to work doubly hard.

To all Didiren, together with me, please get up from where we have fallen. Stop being flippant, focus on safety, and thoroughly make up for things. Company culture-wise, we need to place the most importance on safety. It will require us to work day and night, protect lives, and only then can we rest. It requires everyone to believe that we will never give up safety for profits, and only then will users and society be at ease.

This new business model is just picking up. We firmly believe that we can make ride-hailing a safer industry by fusing the security management experience of the traditional transportation sector with the transparency and big data insights of the Internet. Action speaks louder than words, let us win back the trust of our users with actions and rebuild the confidence society had in mobility and ride-hailing.

Didi is determined to be a social enterprise with a clear goal. We will disclose the platform rules and pricing mechanisms to the public and regulatory agencies, communicate more openly and transparently with the public and regulatory authorities, experts from all walks of life, and learn from the outside world more humbly, listen to criticism and suggestions, and promote online car compliance more quickly, building a platform for the people with the people.

Now, we are actively cooperating with multi-ministries to coordinate safety inspections, and prepare for an intensive and lasting battle against unsafe practices. The firm has now established a security department where I am the team leader and Liu Qing (Jean Liu) will serve as deputy team leader. The core members of each front, who will be focused on the following —

— CTO to put in all resources, upgrade security product operation system, and maximise the company’s ability to reduce security concerns.

— The customer service department plays a crucial role in this battle it’s been put into. It must ensure that a rapid response mechanism is established and used.

— All lines of business will cooperate to quickly promote the design and implementation of the compliance plan for ride-hailing.

— The Security Department will strengthen the professionalism and security of the overall system, and will fully cooperate with the police.

— All other departments will need to work equally as hard from your own post to continue building the company’s safety system.

Every second is precious. Do your best. Unity is strength. Let’s All in safety.

During this critical time, we want to say a word of thanks to every Didiren and your family.

I love you all.