Frontiers in food delivery: Go-Food versus GrabFood in Indonesia 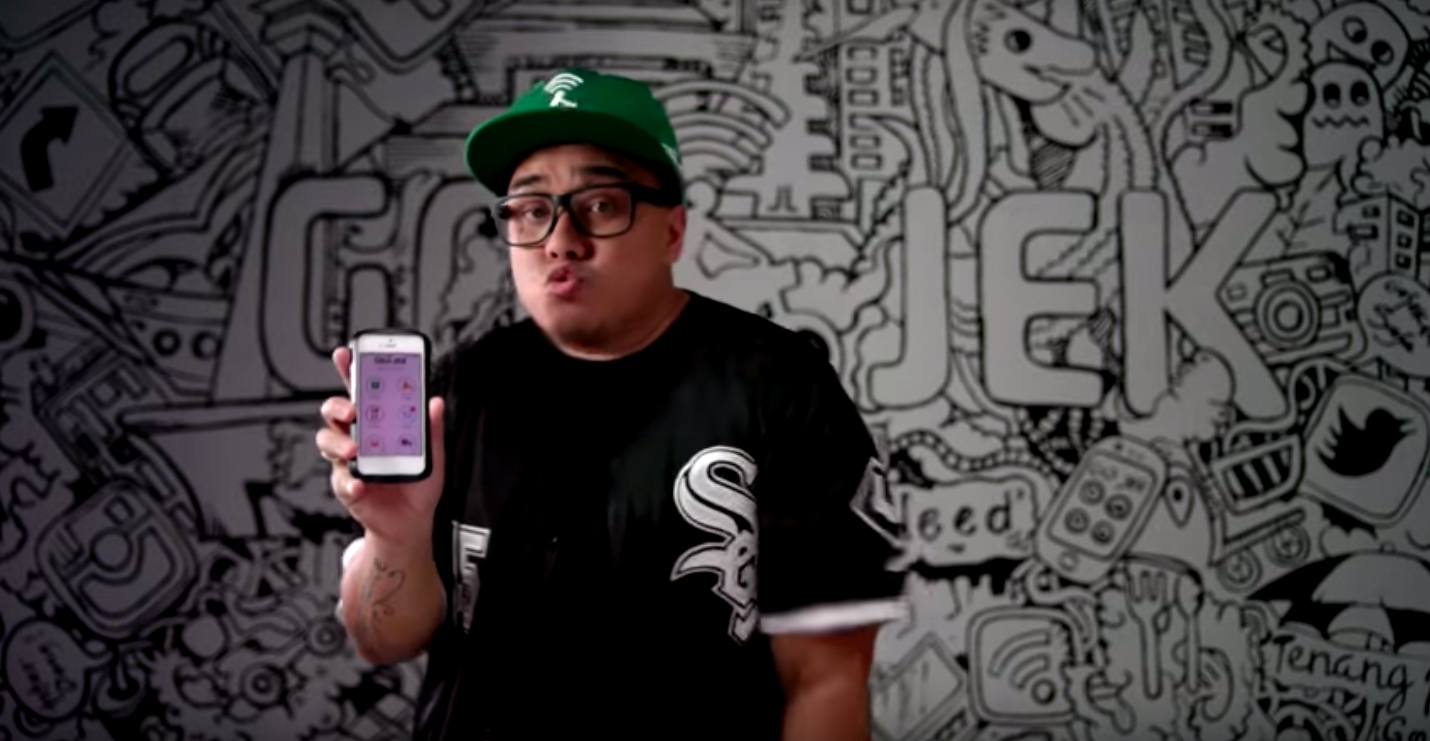 Food delivery is the next big frontier for archrivals Go-Jek and Grab in Indonesia. Go-Jek’s Go-Food quite comfortably ruled the space in the past, but it has to take GrabFood’s competition seriously.

The latter is late to the party but now has the advantage that users and merchants already know what to expect: There’s no need to explain how on-demand deliveries work, which makes it easier to onboard new customers and merchants. Grab also has massive amounts of venture capital at its disposal and seems determined to chase after this lucrative business. After all, the demand for food and beverage products and services (the latter encompasses cafes, take out and dine-in restaurants) is continuously on the rise in Southeast Asia. Online food delivery is set to be worth US$ 13 billion in two years, GrabFood’s regional head told KrASIA in a recent interview.

For local services startups like Go-Jek and Grab, food delivery is one category that can propel them towards profitability, because profit margins here tend to be better than on the core ride-hailing services. It’s the same for Uber and its food delivery branch UberEats, as well as for China’s Meituan, for whom food delivery is also the most relevant among other services in terms of potential profits. That’s why the category is so hotly contested.

Go-Jek: Food in its DNA

In early 2015 Go-Jek first released its smartphone app. It was often called an “Uber for motorcycles”, but from the start, Go-Jek was designed to offer more than transportation. It also had food delivery and courier services, all in one app.

In some ways, it was similar to Uber. Independent contractors fulfilled orders on their own motorbikes. But having a variety of services meant that the same drivers could pick up and drop off passengers, packages, or food. Smooth allocation across these categories took Go-Jek some time to get right, but it eventually increased efficiency in the system.

By 2016, just more than a year into the launch of Go-Jek’s app, this concept had caught on so well that is was eating away market share from startups like Foodpanda who were doing food delivery the old way: with a fleet of motorcycle drivers that was idle if there were no orders.

Combined with Indonesia’s traditionally low basket sizes per order Foodpanda’s model didn’t add up because overhead costs are too high to make it worth it. The startup eventually pulled the plug on Indonesia.

Go-Jek, meanwhile, was already the largest food delivery network outside of China, or so it claimed in a press release at that time.

Another reason Go-Jek’s food delivery branch, Go-Food, could grow so fast is that at first, it didn’t bother with a complicated integration between restaurants and its app.

Go-Jek drivers rocked up at the cashier, placed the order, paid out of their own pockets, and got reimbursed after a successful delivery. This so-called “concierge model” was flawed and annoying at times — if say, the restaurant you had chosen was actually closed, or the prices had changed, but it worked well enough. To “go-jek” something was soon widely used as a verb in Indonesia, which goes to show how quickly the ordering-food-by-app habit had become part of everyday culture.

By early 2016, “gojekin”, or “to go-jek” was already being used as a verb. Go-Jek fueled the habit with a marketing campaign.

Grab, on the other hand, seemed to be paying less attention to food at that time. It did launch a GrabFood service in Jakarta in May 2016, but the offer was very limited by comparison, and it scaled to other cities at a slower pace that Go-Jek.

Go-Jek’s website says it now has 125,000 food merchants all over Indonesia. The company declined to be interviewed for this story. On another occasion, Go-Jek’s head of commercial expansion Catherine Sutjahyo said that Go-Food is available in 70 cities in Indonesia. Grab on its website says GrabFood is now available in 24 cities and areas.

In 2017, Go-Jek launched Go-Resto, a companion app that its partner merchants use to manage online orders. The app lets restaurant owners input menu items and change prices comfortably, and there’s a simple button that they can press if they need to shut the shop temporarily. The app improved the experience considerably, several Go-Food merchants told KrASIA.

That means there’s much less potential for miscommunication about the availability of menu items, prices, and opening hours, as this information gets pushed along into the Go-Jek app automatically. It also speeds up the process, because the driver no longer needs to queue up to place an order. Go-Jek has also developed a tool that lets merchants create their own promotions – a feature GrabFood’s Rodriguez says is still in development at Grab.

In the past year or so, some small businesses could be seen to grow almost entirely on the back of the rising popularity of Go-Food. One example is the Tuku coffee shop in South Jakarta, which, barely large enough to seat five people, has long lines of Go-Jek drivers waiting at the cashier during peak hours.

GrabFood did not have the same widespread recognition. In our interview, Rodriguez agrees that food delivery had not been Grab’s main focus until recently. But since he joined Grab in early 2018, and Grab took over UberEats as part of its merger deal with Uber, food delivery has moved to the top of the agenda.

Rodriguez declined to share the number of merchants Grab has in Indonesia, but said the merchant base has been growing 8-fold since the start of the year.

From several interviews KrASIA had with restaurants using Go-Food and GrabFood it became apparent that there are still some glitches in GrabFood’s system, which can likely be attributed to the high growth phase it’s currently in.

For example, one restaurant said it sometimes got orders through GrabFood, but drivers had trouble finding the place because the address in Grab’s app was wrong. When the restaurant owners tried contacting Grab, they didn’t get a response. Small glitches, such as trouble communicating with GrabFood’s customer service team, were also reported by other merchants.

Grab added that it’s “putting more resources into GrabFood” and it has developed an “integrated food delivery model that offers a superior user experience for merchants, delivery-partners, and consumers”. However, this isn’t available to all merchants yet.

That said, Go-Food’s experience also isn’t without flaws, especially after major app updates. The merchants we interviewed were generally happy with the way Go-Resto worked for them, but customers can currently experience some minor glitches in Go-Food’s user interface, such as missing images for menu items.

While Grab is catching up with Go-Jek in terms of the size of its restaurant network and also a comprehensive merchant-facing app like Go-Resto, it’s trying to outflank with some innovative approaches Go-Jek hasn’t yet tried out.

“Kitchen by GrabFood” is the most visible innovation lab for GrabFood at the moment. It’s basically a food court, but the handful of pioneering tenants who are there don’t have to pay rent. Their goal is not to attract customers to their stall, but instead, increase online sales through GrabFood’s delivery network.

Each of the six stalls that are there now sees this as an experiment. They get to cater to a new neighbourhood. For two of them, Gudeg Yu Djum and Warung Anugrah Bawakaraen it’s a new city. The gudeg restaurant has a huge fan base at home in Yogyakarta, but had been reluctant to open a branch in the capital. The same goes for Anugrah Bawakaraen, a legendary fried chicken shop from Makassar.

Traditional businesses can try something new with little risk here. All they needed to bring was a few staff members and kitchen utensils, says Sheila Sumantri, who supervises the “Kitchen by GrabFood” project. It’s currently managed as a sort of in-house startup and is part of GrabVentures, Grab’s innovation lab.

Grab is also testing its new “Integrated model” for food delivery here. Each merchant has a custom EDC, a device that shows incoming orders, tells them when the order has been assigned to a driver, and the delivery person’s location and contact information.

The merchant can then set about to prepare the dishes so that they’re ready to go when the driver arrives. The EDC also prints out the receipts once the order is complete.

The system tries to streamline the process as much as possible, to make the job less stressful for staff and to create accountability because each order is recorded and archived. As more and more online food orders are paid for directly through the app, employees don’t even have to handle cash anymore. The setup is similar to Go-Resto, explains one Kitchen merchant, except that Go-Jek’s version still requires you to type in the order manually to create a receipt.

From the customer perspective, the Grab’s commercial kitchen concept means many dishes that weren’t available in your area, or even your city, are now within your reach all at once. Sumantri says they picked the location to serve an area that has many schools, universities, and apartment blocks but not many food options.

Go-Jek’s Go-Food Festivals are similar, in that they bring merchants from all over Indonesia together in one place. There are already several of them in Indonesia. But they offer tenants less technologically integrated experience and aren’t optimized for deliveries the way GrabFood’s commercial kitchen is.

Another big advantage GrabFood’s Kitchen has right now is that you can get dishes from multiple restaurants in one order – a handy tool for groups. You can use Go-Jek’s app to have things delivered from Go-Food Festivals, too, but only from one stall at a time.

The coming months will be crucial for GrabFood, as it breaks into the online food delivery space that’s become synonymous with Go-Jek in Indonesia. Both companies are likely to continue improving the user experience for both customers and merchants, with more options, quicker turnaround times, and tailor-made rewards and promotions.