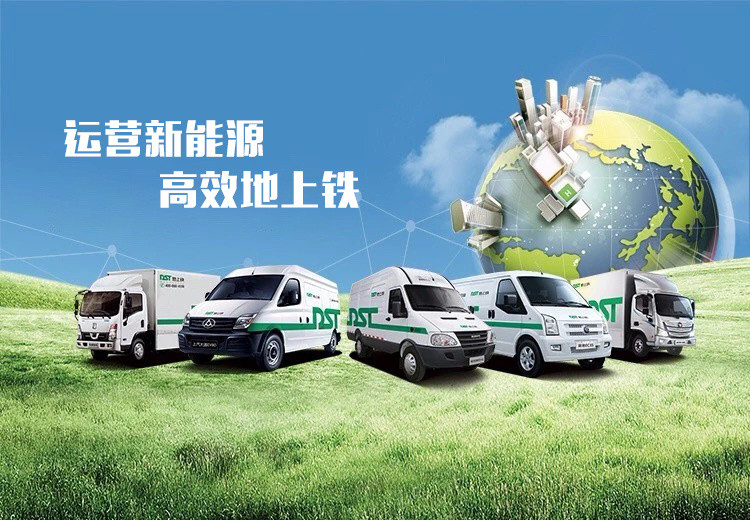 According to KrASIA’s parent company 36Kr, the funds are intended to further promote the company’s fourth-quarter national urban network layout, improve product delivery speed of the existing key customers, and improve the construction and after-purchase maintenance services of the electric vehicles.

To date, the company has more than 16,000 renewable energy logistics vehicles such as MPVs, scooters, light truck and refrigerated trucks. It has opened its branches in 5 large regions in the country, covering more than 50 cities including Shenzhen, Beijing, Shanghai, Guangzhou, and Chengdu. In the first and second tier cities, both their self-built stations and the shared stations have more than 3,000 charging supporting outlets.  At the same time, the company serves more than 1,500 corporate customers, including JD logistics, Alibaba’s CaiNiao, SF Logistics and ZTO express.

DST claims to be “the largest renewable energy vehicle logistics company in China”. What industry problem does it solve?

With the development of e-commerce, express delivery has grown exponentially. According to the China National Post Office, 40 million express delivery was generated nationwide in 2017. This creates environmental pollution and more costs to enterprises. Cost reduction and green transportation have become one of the major demands of enterprises.

As early as 2013, JD Logistics first proposed the application of electric vehicles for logistics. In June last year, it jointly launched the QingLiuJiHua 清流计划with nine major brands. Four months later, JD Logistics announced plans to replace hundreds of thousands of vehicles with renewable energy vehicles in the next five years. At the end of the year, JD’s delivery vehicles in Beijing have all been replaced by electric vehicles. Founder and CEO Richard Liu also stressed that “the plan is to replace all gasoline trucks with electric vehicles within two years.” In May this year, JD has incorporated this project into a long-term. strategic plan for the corporation.

Other than JD logistics, China Post Group and Cainiao Smart Logistics Network announced plans to adopt electric vehicles. On May 11, The China Post announced the launch of the “Green Post Action” and stated that by 2020, the number of new energy delivery vehicles in the city will reach 100%. The next day, Cainiao launched “ACE”, a project to build 1 million new smart logistics vehicles. Two months later, SF logistics also announced its plans to launch nearly 10,000 pure electric logistics vehicles by the end of this year, replacing fuel trucks in more than 30 city branches nationwide.

DST are already partners with the companies aforementioned. Among them, SF has rented more than 3,000 new underground electric vehicles.

Compared with the traditional fuel vehicles, the new energy logistics vehicles save 20%-25% of the original cost, and at the same time can send and receive logistics data to plan routes beforehand. Zhang Haiying, founder and president of DST, told 36Kr: “Our number of pure electric vehicles will surpass 20,000 by the end of 2018. By then, we will also establish the backend data management system. The funds this rounds will be used for our nation-wide expansion and urban network establishment in 2019. The most important thing is to establish greater corporate competitiveness in asset utilization, operational efficiency, and safety control.”

Although the development of renewable vehicles is also facing problems such as road rights policies, lack of standards and support for product applications, investors are still very optimistic.

The founder of Bocheng Capital, Luo Wei, pointed out that: “New energy is an unstoppable trend in the future. In the short term, it will be driven by policy. In the long term, it is determined by economic benefits, sustainable development, and environmental protection. In this transitional period, 2B market and the logistics industry chain will be given new opportunities. The efficient operation system, service guarantee, and charging network support established by DST has proven outstanding advantages and potentials in this field.”

Investor ITOCHU Corporation can help DST to reduce costs and even open up overseas markets with its network. Sasaki Sasaki, general manager of the company’s East Asia Machinery Division, said that it can“cooperate with ITOCHU Logistics’ China market to assist DST to promote the operation of electric commercial vehicles. At the same time, they will explore the possibility of logistics costs reduction and improve efficiency for their customers, as well as carry out in-depth conversations on the utilization of electric vehicle batteries. In future, ITOCHU will partner with DST to bring electric vehicles to matured markets overseas.