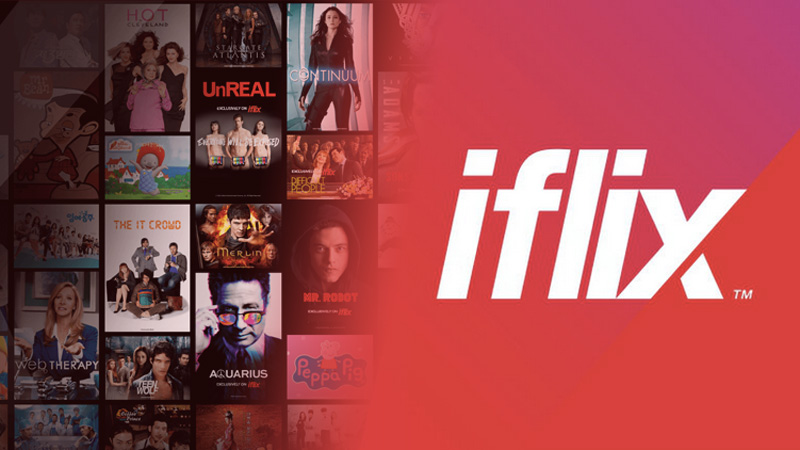 Iflix to produce movies for Indonesia based on user-generated stories

Iflix, the Netflix competitor from Southeast Asia, says it’s going to work with Wattpad on co-producing video content for Indonesia. Wattpad is a community site where amateur authors publish short stories and mini series. These stories often takes the form of fan fiction or romance. It’s quite popular in Indonesia.

Iflix said it’s aiming for “dozens” of movies based on this material without going into detail. This type of tie-up is not unheard of in Southeast Asia – a number of Wattpad stories were turned into TV dramas and movies in the Philippines.

The region is seeing a boom in original content, starting with home-made Youtube channels to full-length cinema films. Startups like Iflix are naturally at the forefront of this, but even large tech companies like Grab and Go-Jek are getting into content production, either through partnerships and investments or via their own internal production houses.

In late March, sources told us China’s iQiyi was looking to invest in Iflix in a move that would see the two Asian Netflix apprentice working together. iQiyi was said to participate in a new financing round for Iflix which would catapult it to join the Asian unicorn echelon.

From the U.S.’s Netflix to China’s iQiyi and SEA’s Iflix, the video streaming industry is making more and more original content to offset the high cost of buying licensed from 3rd-party producers.

Go-Jek and Grab are debating with their drivers over tariffs

The protest announced by some Grab and Go-Jek motorcycle drivers initially planned to coincide with the opening of the Asian Games in Jakarta, ended up being canceled. Drivers for the two companies have united to form a lobby group called Garda. Instead of protesting, they asked other drivers to not take orders that day instead. The group says it’s fighting for better compensation. A few days ago, the bosses of Grab and Go-Jek said that they had raised tariffs for short-term rides, but from conversations with drivers, I later learned that this isn’t true, or that the raise did not meet the drivers’ expectations.

In any case, on-demand drivers are becoming increasingly well-organized in Indonesia, and their concerns are similar to those of Uber and Lyft drivers in the US – where there’s a drawn-out debate about whether ride-hailing network drivers are allowed to form workers’ unions and whether their status is more similar to that of independent contractors or that of employees.

An alternative to Go-Jek and Grab?

When Go-Jek and Grab first became popular, there were many copycat startups attempting to offer similar services, with a twist. Not many of them survived. One contestant, Anterin, is still in the race and it seems to be taking the exit of Uber as a cue to make a dent as the third player in the local ride-hailing market.

It recently relaunched its app and positions itself as the more driver friendly network. Instead of dictating the price, Anterin gives its drivers a suggestion but then lets them bid for the ride, in a marketplace fashion. As a rider, I can choose from the options and prices presented by drivers nearby. Anterin has motorcycles, cars, and courier services. Unlike Grab and Go-Jek, it doesn’t take a cut from each ride, but instead a small flat fee of IDR 10,000 for each day the driver signs on to the network.

While the marketplace feature is attractive to drivers, Anterin’s chance at success depends on whether it will catch on with riders. They are already used to Go-Jek’s and Grab’s low, standardized fares. Anterin would have to target riders who feel comfortable paying more if they felt they were supporting a system that’s more driver-friendly.

In the US, a handful of smaller ride-hailing apps seem to have carved their niche, targeting users who are fed up with Uber and Lyft.

In China, even Didi is currently the de facto dominator in ride-hailing, there are still attacks launched by other tech unicorns, for instance, Meituan and Alibaba’ mapping service Autonavi both kicked off their own ride-hailing services earlier this year.

Musketeers is not yet a household name in Indonesia’s P2P lending landscape, but that’s no surprise as dozens on new players are pushing into this potentially lucrative market, fuelled to some degree by Chinese investments. Hexindai is one of the companies looking beyond the borders of China, where P2P lending has suffered from too many fraudulent players. Hexindai’s stock had been in decline but noticeably improved after the investment announced last week.

Media startup Katadata raised a new round of funding led by East Ventures. It did not disclose the amount. Katadata’s co-founder and CEO is Metta Dharmasaputra, a former journalist at legendary weekly magazine Tempo. As its name suggests, Katadata offers data-driven news and analysis. Katadata, along with sites like Tirto and Kumparan, is among a generation of new media companies in Indonesia that are bringing quality journalism online with a digital-first approach. These sites are currently supported by advertising and offer their content for free.

Cicil is an installment financing platform for Indonesian university students. This helps students who struggle to pay for tuition or larger investments like laptops in one go.

The startup raised a series A round of funding from East Ventures and Vertex Ventures. It didn’t disclose the size of the round.

There are a number of different installment payment companies eyeing Indonesia, perhaps most notably Kredivo, which helps shoppers make online purchases and pay for them in installments.

Narrowing the offer down to university students who tend to be better off and may also be easier to keep tabs on might give Cicilan an advantage.