Kr-Asia Daily: China Telecommunications Is Studying An Investment in The Philippine

At the beginning of this week, several startups in the region, namely EcoWorth, Biofourmis, WorkVenture, Zimpilstic, ZAP, and MailTarget, have secured funding to scale up. 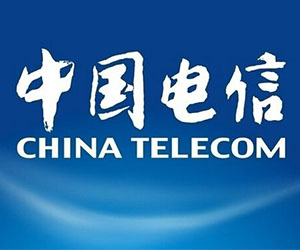 The Philippines: China Telecommunications is studying an investment in the Philippine, as President Rodrigo Duterte invited China to enter the region and challenge PLDT and Global Telecom, the two local phone carriers. (DealStreetAsia)

Singapore: EcoWorth, a cleantech startup that wants to turn industrial wastewater into viable drinking water, has secured $740,000 in a seed funding round from Budding Innovations. The startup also raised $300,000 from equity crowdfunding platform FundedHere. (DealStreetAsia)

Singapore: Biofourmis, a Healthtech startup, has secured $5-million Series A round from NSI Ventures and Aviva Ventures. The startup provides post-acute patient monitoring services that can potentially save the healthcare industry millions of dollars on expenses of emergency treatment. (DealStreetAsia)

Singapore: Aurum Investments, a Singapore-based venture fund, was launched to develop the Proptech scene in the city-state. (e27)

Thailand: Job search portal WorkVenture, the Bankok-based ‘Netflix for Jobs’, has raised $3.6 million in a Series A financing round. The round is the largest Series A round among Thai startups this year. (DealStreetAsia)

Vietnam: PYN Fund Management, a Finnish fund management company, has acquired 4.99 percent stake in Tien Phong Commercial Joint Stock Bank for $40 million. The deal is the largest investment the Asia-focused fund has made in Vietnam. (DealStreetAsia)

Singapore: Golden Equator Capital, a Singapore-based fund management firm, plans to exit three investments from its first technology and innovation fund in the following 12 months, as it seeks to achieve an IRR of 22 percent. (DealStreetAsia)

Myanmar: The country is reported to delay its reform that allows foreign investment to take up to 35 percent stake in Myanmar companies. (DealStreetAsia)

Singapore: Kitchen robotics developer Zimpilstic is to raise a Series C round. The investment for this round is expected to surpass its $15 million Series B round in 2015. The company has launched its smart flatbread maker Rotimatic in six markets. (DealStreetAsia)

The Philippines: Philab, a healthcare technology company, agrees to acquire a 67 percent stake in Sydenham Laboratories, a local pharmaceutical firm. This move comes as the company seeks to foray into the precision medicine industry in the region. (DealStreetAsia)

The Philippines: Cirtek Holdings Philippines has raised $67 million from the issuance of its preferred shares. (DealStreetAsia)

The Philippines: ZAP, a smart program that lets users earn instant rewards such as coupons, has secured $550,000 investment from investors including Venture Capital and Kickstart Ventures. The recent funding raised the company’s total funding to as much as $1.4 million. (e27)

Indonesia: MailTarget, an Indonesian SaaS startup, has closed a seed round led by Azure Ventures and an unnamed angel investor, with the financial terms undisclosed. The startup provides marketing email for SMEs. (e27) 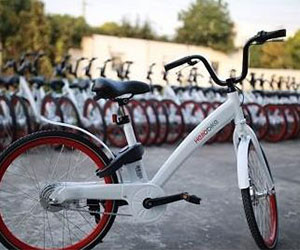 Ailbaba has poured money in Hellobike and reported to have joint ofo’s recent funding round, in order to take the initiative in the bike-sharing industry. (AllWeatherTMT)

Didi is planning to make a foray into the food delivery service, as part of its plan to counter the competition from Meituan. The ride-hailing company is also recruiting personnel in airline and train tickets. (36Kr)

Huami, a wearable device company and part of Xiaomi’s ecosystem, is reportedly eyeing a $300 million IPO in the U.S. next year. (36Kr)

Chinese Mobile maker OPPO has got an approval from authorities to build a factory in the north of India. The factory is projected to cover 110 acres and will cost around $34 million. (Huanqiu)

Self-service convenience shelves Xedaojia has closed a Series B funding round worth around $30.2 million, raising the total funding to around $60.4 million. (36Kr)

Tencent has invested in Supermarket chain Yonghui as part of its plan to expand its presence in the New Retail sector. This move is considered as a strategic step to counter Alibaba’s New Retail Supermarket FreshHema. (cnBeta)

Foxconn Technology has made $18.85 billion in revenue this November, rising 17.33 percent month-on-month and marking a record high. The sales of consumer electronic products have contributed the most to the growth. (iFeng)

China issued the most rigorous regulation on the cash-loan business, stating that interest rates and fees will all be counted as borrowing costs. Ant Financial has adjusted its products, adding specific scenarios, such as health care and travel in the app.(iFeng)

The Chicago Board Options Exchange (CBOE) started trading bitcoin as futures and led to a massive price spike. Bitcoin’s debut on the CBOE was viewed as a legitimization of the cryptocurrency. Its price has surged to $17,000. (Reuters)

American Express will no longer require customers to sign for payment using its debit or credit card from April next year. The company has adopted chip technology and mobile payment options which makes the signature less in demand. (Bloomberg)

Paris regulators have urged Airbnb and other short-term rental platforms to align with new regulations that demand hosts to register with the government. (Sina)

Four people were injured in the Manhattan explosion on December 11. A 27-year-old man was in custody after allegedly detonating an explosive device in a subway station. (TheGuardian)

Donald Trump directed NASA to send American astronaut back to the moon and eventually to Mars, as the U.S. envisions a leadership in the exploration of the universe. (Bloomberg)