Kr-Asia Daily: Go-Jek seeks to become a listed company within next few years 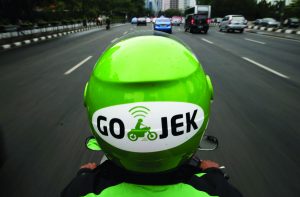 Indonesia: Go-Jek has a ‘set plan’ to become a listed company within next few years, according to Chief Executive Officer Nadiem Makarim. In 2018, the company plans to take the expansion of its digital payment service Go-Pay a priority. Starting as a source of cheap motorbike rides, Go-Jek is now Indonesia’s largest food-delivery business. (Bloomberg)

Vietnam: FPT Digital Retail JSC is eyeing an IPO on December 15 on the HCM Stock Exchange, with details of pricing undisclosed. As the retail arm of Vietnamese tech conglomerate FPT Corp, FPT Retail has over 450 shops nationwide, making it the second biggest mobile handset retailer after Mobile World. (DealStreetAsia)

Vietnam: CIMB Group Holdings pushes into digital banking in Southeast Asia. Malaysia’s second-biggest bank by asset will roll out its first fully digital bank in Vietnam and then in the Philippines, according to Chief Executive Officer Tengku Zafrul Abdul Aziz. (DealStreetAsia)

Indonesia: To sport a fifth unicorn company, Indonesia is collaborating with independent bodies and unicorn founders to curate from 50-100 startups in 2018, bringing them to foreign investors, according to communications and technology minister Rudiantara. (DealStreetAsia)

The Philippines: The country experienced a slowdown in venture capital activities, seeing fewer deals this year than last year. According to a recent research by PwC Philippines, the country now have over 300 startups, over 30 angle investors and more than 20 VC firms. The number of incubators and accelerators is also increasing. (DealStreetAsia)

SE Asia: InterVest, a South Korean VC firm, announced together with its Indonesian partner Kejora Ventures, that they have closed over half of the $100 million InterVest Star Southeast Asia Growth Fund I. The fund is to help Korean VC firm expand in Southeast Asia. (Bloomberg)

Malaysia: B2B marketplace Dropee has won a $122,000 grant TERAJU’s SUPERB programme. Dropee brings together suppliers and retailers, enabling retailers to source products directly from wholesalers. The comapany seeks to grow the number of small and medium-sized retailers on its platform from 300 to at least 1,000 by mid-2018. (e27)

Cialfo, a student management platform for educational institutions, sold its consulting arm to competitor ChangedEdu, with the amount undisclosed. The startup is to focus on its SaaS platform. (DealStreetAsia) 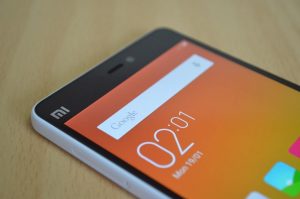 Xiaomi has asked banks to pitch for an IPO in 2018 next Friday. The company was valued $46 billion in 2014 and is likely to see a rise in its value following strong results this year. Its float could be the world’s largest technology IPO next year. (Reuters)

Alibaba aims to serve the world, not conquer it, said Jack Ma while attending the Fortune Global Forum 2017. The tech tycoon believes the difference between Amazon and Alibaba is that, the former is an e-commerce company, while the latter is an enabler helping scale up other institutions and companies. (Tech.Sina)

Pony Ma said at the Fortune Global Forum 2017, that Tencent is able to forecast how a person will look like as he grows, with the help of its leading facial recognition technologies, and its big data which amasses over one billion uploaded photos on a daily basis. He also said he’s sometimes upset as Tencent has to compete with Alibaba in many domains, adding WeChat is better than Alipay at off-line business. (JRJ, NewsNetEase, 36Kr)

Didi is said to push Mobike and ofo to merger, while Tencent attitude keeps ambiguous. (Sohu)

China Telecom has built its 5G Base Station in Lanzhou, making the city the 6th point for trail. The other 5 cities are Xiong’an, Shenzhen, Shanghai, Suzhou, and Chengdu. (Telworld)

China’s electrical appliance retailer GOME, plans to open smart home store in Shanghai or Beijing, as part of its initiatives to keep up with the new retail trend. At the same time, it plans to open community stores in small cities and towns, making the total number of its smart home store to reach 10000. (Yicai)

Mobike is not seeking earning profit at the current stage, instead, the startup aims to become a Facebook-like company, said CEO Wang Xiaofeng. (Fortune.China)

Medlink, a physician social service platform, has secured a Series C funding round worth around $60 million led by CEC Data, an affiliate of state-owned China Electronics Corporation, with participation of investors including China Renaissance’s new economy fund, Tencent and Sequoia Capital. The platform now has over 430,000 verified doctors. (ChinaMoneyNetwork)

Tencent and Huawei are among many other Chinese tech moguls who are boosting investment in Canadian companies in domains of everything from EV to AI. Tycoons are attracted by the country’s science and technology graduates, valuation that are cheaper than its neighour country the U.S., not to mention the government enticements. (Bloomberg)

Ford reported to sign agreement with Alibaba, exploring to sell its cars on the latter’s B2C retail platform Tmall. (Tech.Sina)

At Fortune Global Forum 2017, Foxconn’s founder and CEO, Terry Gou, said the motor industry is to benefit the most from the wave of self-driving cars, adding the first Tesla car was made in Taiwan. (Tech.Sina)

Alipay users in Guangzhou will be able pay their trips on over 4000 bus from Dec. 6. Commuters can pay after the trip when internet connection is week. (Alipay)

China’s information consumption market will reach around $906 billion, while the market of related sectors is expected to hit around $2266 billion. (XinHuaNet)

Nintendo games are available on gaming hardware Nvidia’s gaming tablet Shield, which went on sale in mainland China on Dec. 5. It’s the first time for the Japanese game developer open games to a non-home-grown consoles since the early 1980s. Nintendo was pushed to bring its titles to China as the country has surpassed the U.S. and become the world’s largest gaming market. (Bloomberg)

Google cuts access to YouTube from Amazon devices, as Google claims the other refused to sell many Google products. (TheWallStreetJournal)

India’s Happay, a business expense management software, has secured $10 million from Sequoia and other investors. With this investment, the post money market capitalization of the startup has been valued between $53 million and $55 million. (VCCircle)

iPhone 8 and iPhone 8 Plus got better rated than iPhone X, according to America’s Consumer Reports. The difference lies in the durability. (36Kr)

Qualcomm will initiate the commercial use of 5G in 2019, announced the company at its Snapdragon Technology Summit 2017. (cnBeta)

Lyft secured another $500 million investment from new investor Fidelity Investment Group. The latter led Uber’s Series D funding round in 2016 and was among the 5 investors who pushed for the resignation of former Uber CEO Travis Kalanick. (36Kr)

California-based industrial robots startup Fetch Robots has raised $25 million in the recent funding round, aiming at accelerating demand for its warehouse robots. (SiliconAngle)

The beleaguered dollar will probably rally in the first quarter next year, as U.S. companies repatriate cash from overseas, according to David Woo, Bank of America’s head of global rates. The greenback saw a 8 percent sell-off this year while Woo thinks a a U.S. tax overhaul could trigger a comeback. (Bloomberg)

General Motors’s new app Marketplace, which allows users to order food and browse for hotels while driving, draws anger from the National Safety Council, saying the app will contribute to the distracted driving. (Bloomberg)