Kr-ASIA Daily: GrabPay Reached Partnership with OVO to Beef up Its Payment Arm

At the beginning of the week, the bitcoin frenzy continues with the price surged to US$20,000. The cryptocurrency launched on the world’s largest futures exchange CME, one week after the first bitcoin futures launched on an established exchange, the Cboe Futures. 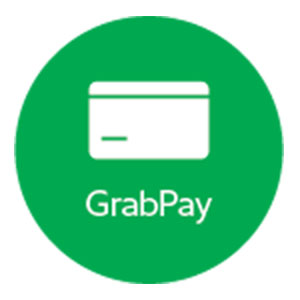 Singapore: StarHub has acquired D’Crypt, a city-state-based cryptographic technology startup for as much as US$90.4 million, as part of its plan to ramp up its enterprise solutions offering. (Deal Street Asia)

Thailand: The country’s finance ministry was considering a plan to offer tax incentives to encourage mergers among commercial banks in Thailand, envisioning institutions that are big enough to compete with foreign banks. (Deal Street Asia)

SE Asia: Ward Howell, one of the oldest executive search firm that has offices in Singapore and the Philippines, has launched PE recruitment service to satisfy the growing demand for talent in the PE space. (Deal Street Asia)

Singapore: Global wealth management firm Schroders has sealed a partnership with Singapore-based startup panda.ai to launch a chatbot which allows clients to access information on funds and market information on the Facebook Messanger. (Fintech News Singapore) 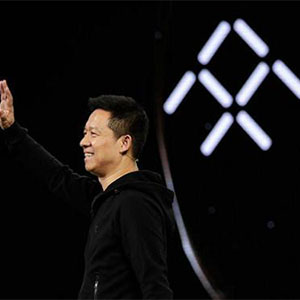 Faraday Future’s factory reported having no equipment or staff in place for automobile production. The company’s backer, also the founder of LeEco, Jia Yueting was reported to be put on the debt blacklist by China’s regulators. The company claimed to have closed a US$1 billion Series A round. Following the investment, Jia Yueting, is to be the company’s first CEO and chief product manager. (ccstock, The Paper)

Sunac’s Liu Shuting has been appointed as the new CEO of LeEco. (ccstock)

The market capitalization for digital economy in China has reached around US$342.17 billion (RMB 2258 billion) in 2016 and is projected to reach US$1600 billion in 2035, according to Xinhua Net. (Tencent)

Didi Taxi drivers in Shanghai will not know commuters’ destination before accepting the order, as commended by Shanghai transport management department. (Sina)

Access to WiFi will be available on all Chinese high-speed rail, Gaotie, in the future, according to China Railway deputy manager Huang Min. (The Paper)

The price of bitcoin has surged to US$20,000 to a record high. Bitcoin futures launched on the world’s largest futures exchange and are trading higher. (CNBC)

Australia-based Fintech startup Airwalles has closed a US$6 million pre-Series B round. Tencent, MasterCard, Gobi Ventures and Sequoia Capital are among its previous backers. The startup aims to help banks and business handle cross-border transaction at scale. (TechCrunch)

India’s online loans and investment marketplace, FinBucket, has raised US$1.87 million from a funding round led by Impanix Capital. (Inc42)

Japan’s GMO Internet is set to pay employees in bitcoin, as the company seeks to improve their own literacy of virtual currency. (The Guardian)

India has raised import tariffs on mobile phones from 10 percent to 15 percent, as part of its plan to boost the development of the domestic production. Apple is among other foreign mobile makers that are prone to the change. (Net Ease)

Uber is likely to launch electric flying cabs in 2024, according to Uber’s partner, the planemaker Embraser. Engineers are working on a one-tonne vehicle transporting a pilot and four passengers at an attitude of 800 to 1000 meters. (Reuters)

Tesla has introduced a Supercharge fair use to deter the commercial use of its charging stations, making sure the stations are used to enabling long-distance travels. (electrek)

Uber’s former employee alleged the company has spied on rivals, bribed the officials and used encrypted messaging software to hide its tracks. (Bloomberg)

Oracle has offered US$1.19 billion buyout deal to Aconex, an Australia-based cloud software provider, as part of its plan to expand its presence in the sector. (Reuters)

French minister of economy, Bruno Le Maire, urged G20 countries to discuss the regulation on bitcoin, as he believes the cryptocurrency poses speculative risks to the financial system. (iFeng)