Kr-Asia Daily: oBike Is to Launch Its Own Cryptocurrency oCoins 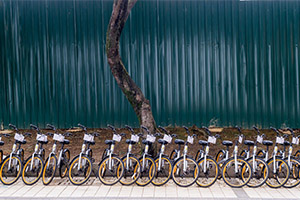 Singapore: oBike is to launch its own cryptocurrency oCoins with Chinese blockchain company TRON in the first quarter of 2018. Users can earn oCoins while use Obikes and use oCoins for future rides. (e27)

Vietnam: The country has unveiled a 10,000-strong military cyber warfare unit to counter “wrong” views on the internet, media reported, as the country seeks to tame the internet. (Reuters)

Singapore: City-state-based on-demand staffing platform Ushift plans to raise $3-5 million by the first quarter of 2018, as the company seeks to expand to overseas markets and break even. (Deal Street Asia)

Singapore: Data Depot, a customer-based analytics startup based in Estonia, seeks to expand its presence in Asia and bridge the gaps in digital know-your-customer processes and regtech. (Deal Street Asia) 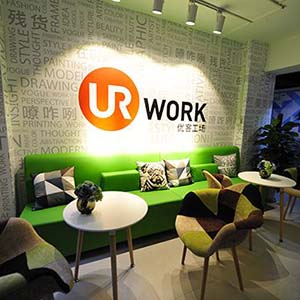 UrWork, the leading co-working space operator in China, has rebranded into Ucommune. The startup also raised $45 million in a Series C funding round led by Qianhai Wutong Mergers and Acquisition Funds and joined by CK Home–Key Investment Group and Context Lab. (e27)

China Unicom announced the users’ number of its internet package, Tencent Da Wang Card, has risen to 50 million users from 30 million in May. (Techweb)

Alibaba’s Tmall online supermarket rolled out a “delivery within an hour” service in five major cities in China, planning to expand to most first tier and second-tier cities. (Sina)

All employees at LeEco do not believe in what Jia Yueting has said about the funding in Faraday Future, as he has lied too many times, according to a middle manager at LeEco. (stcn)

Faraday Future plans to achieve the mass production of model FF91 with the proceeds it claimed to have raised recently. (yicai)

Targeting Cloud infrastructure and corporation, Lenovo Cloud has seen a three times rise in revenue this year. (The Papaer)

One of South Korea’s largest company LG Display is to build a new OLED production facility in China, following a summit between Moon Jae-in and Xi Jinping. (wsj)

Alibaba reached a partnership with the government of Shandong province to raise the income of peasants by introducing sophisticated e-commerce system. (Sina)

Ant Financial teamed up with EMVCo, a consortium with control split among Visa, MasterCard, JCB, American Express, China UnionPay, and Discover, as part of its plan to beef up its global presence. (Caixin)

Alibaba rolled out jewelry shopping feature to bridge the gaps between manufacturers and consumers. (21jingji)

Power bank rental startup Xiaodian has closed a funding round and break even in most cities where the company operates. The startup has mopped up ¥450 million (¥68.7 million) investment from GSJ Venture, Tencent, Sequoia China among others. (BiaNews)

WhatsApp will plans to end support for Blackberry OS and Windows Phone on December 31, 2017. (Venture Beat)

Amazon plans to expanding advertising efforts in 2018 and reported having been experimenting with various ad products. (cnbc)

Startup India scheme has recognized 5898 startups to date and 75 among them have received funding worth in total $52 million.(Inc42)