This week starts with Uber seeing its founder Kalanick and early investor Benchmark Capital seek to sell their stake in the ride-hailing company, though the company’s market capitalization shrank roughly 30% to $48 billion following its recent stake sale to SoftBank. 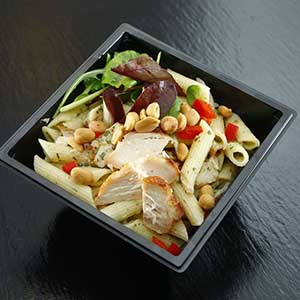 Myanmar: Tencent is reportedly in talks with Burmese social network MySQUAR about commercial partnership and a potential investment. (The Times)

Singapore: City-state-based VC firm, Vickers Venture Partners, seeks to raise its largest fund to date of as much as $500 million, planning to ramp up its investment in biotechnology, nanotechnology and AI. (Deal Street Asia)

Singapore: One of Asia’s largest real estate company, CapitaLand, is selling its interest in 20 shopping malls in China for around $1.29 billion. (Deal Street Asia)

Malaysia: The biggest wireless carrier in Malaysia, Axiata Group saw a rise in its shares by as much as 6.6% on Jan 5, 2018, as the company is reportedly considering an IPO of its tower unit.  (Deal Street Asia)

Malaysia: The country’s security commission announced it would summon officers of Singapore-based blockchain startup CopyCash foundation to enquire into its prepared ICO. (e27)

The Philippines: CloudSwyft, a SaaS startup based in the Philippines, recently worked with Microsoft to deploy and offer Open edX learning platform unit.  (e27)

Malaysia: The Malaysian Government has approved the US-based company Ocean Infinity to find the missing Malaysia Airlines flight 370 in the Indian Ocean. (ABC)

LeEco is selling properties to solve its debt problem, according to the wife of Jia Yueting, founder and former CEO of LeEco. (Weibo)

The drone industry has not gone cold, even though many NAU companies have gone through reforms and layoffs during the last two years, according to Shenzhen-based world’s top drone manufacturer DJI. (technode)

NetEase is to roll out its blockchain pet. (Techweb)

JD is joined by AI scientist Pei Jian as its VP. Pei is going to be responsible for JD’s big data platform and the department of product R&D. (Techweb)

Kalanick plans to sell about 29% of his stake in Uber. The founder of Uber has long boasted that he has never sold any shares in the company. (Bloomberg)

Uber investor Benchmark Capital, is selling 14.5% of its holdings in Uber worth around $900 million to SoftBankd and other buyers. (Rocode)

India’s four most-valued internet companies, Flipkart, Ola, Paytm, and MakeMyTrip, are more than 40% owned by Chinese corporations including Alibaba and Tencent, together with Naspers and SoftBank. (Economic Times)

Smart Wristband maker, Fitbit, invested $6 million in Sano, a company that makes a patch to track blood sugar for diabetics. Apple is reportedly working on a similar technology. (CNBC)

Internet Association, the leading lobbying group for Amazon, Facebook, Google, and other tech moguls, is joining the lawsuit to restore the net neutrality rules. (Recode)

Twitter defended its decision to not to ban Donald Trump’s controversial tweets, stating that removing his tweets would hide important information people should be able to see and debate. (Bloomberg)

The first AR glass-enabled by Amazon’s Alexa will debut at CES. (Bloomberg)

HP recalls its laptops produced during December 2015 to December 2017, because the batteries in these laptops have the potential to overheat, posing a fire and burn hazard to users. (Sina)

Qualcomm announced to be working on solutions to the security flaws in its chips and is soon to launch upgrades. (Mydrivers)

India’s B2B marketplace for food and beverage, WOTU, has closed a Series pre-A funding round from Claris Capital and Mumbai Angles Network. The startup is founded by former PayPal senior executives. (Tuoniao)