Cobot (库柏特), a Chinese intelligent robot system provider, has just closed a ¥102 million series B funding round led by Lan Fund and GGV Capital, with participation from its previous investor Matrix Partners China.

The money will be mainly used for marketing and bringing its robot systems to more industries including healthcare and new retail.

Cobot nabbed a ¥5 million angel round from Empower Investment as soon as it was founded in May 2016. This March, Cobot completed its series A funding round with ¥40 million investment from Matrix Partners China. Li Miao, founder and CEO of Cobot, believes that the manufacturing world will need smarter industrial robots.

Many people tend to associate “robot” with “smart”. But, a “robot” does NOT, necessarily, amount to a “smart robot”. A classic example is robot arm. Currently, most of the robot arms are just rigid arms carrying out repetitive tasks as programmed. But, they are actually better than nothing when it comes to such flexible tasks as random sorting, flexible assembly and the like.

For Cobot, the industrial robots can be and should be smarter, and it is fully readied to initiate the change with its vision and sensory systems.

The Cobox, an intelligent robot system, is a brainchild of Cobot designed for industrial robots. The system is a consolidation of its vision and force control technologies and enables the robots to handle more complicated tasks including sorting, grinding and flexible assembly. 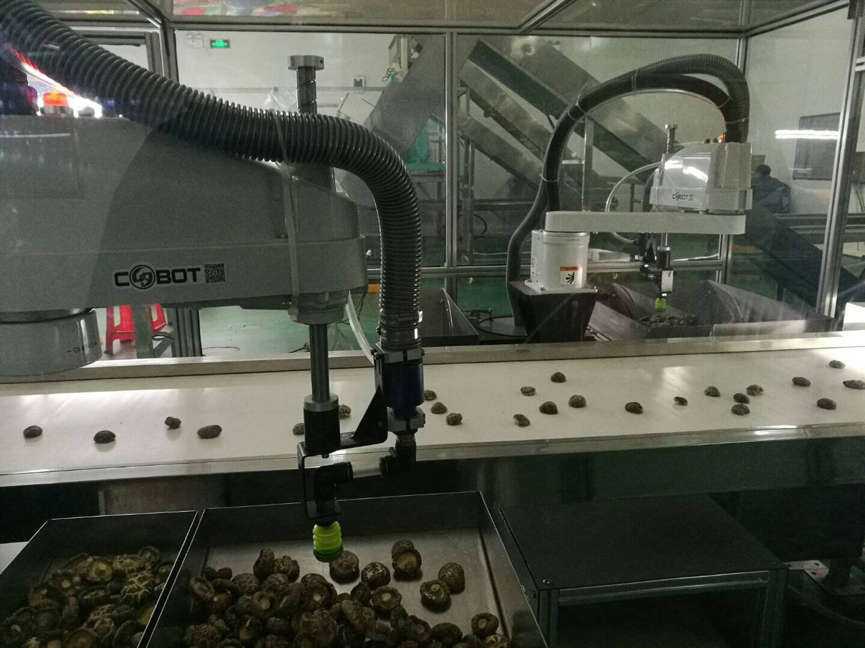 The logistics industry (where random sorting is almost a routine), for example, can benefit a great deal from the Cobox system. A vision-enabled robot can help the logistics company bring down fallout and omission ratio.

Plus, a smarter robot also means higher efficiency and lower labor cost. According to Li, a robot installed with Cobox system can render 9 workers redundant (originally 12 workers) for each sorting line and increase the sorting speed from 12s per parcel to 4s per parcel. A single system can sort up to 300,000 parcels a day.

Cobot’s robot system has, so far, helped sort more than 5,000 categories of products. Better still, it is also a quick-learner. A new product won’t be “new” to it anymore within only a few minutes.

For grinding job, Cobot has designed a mechanical hand to go with its robot system. The mechanical hand is fitted with a high-precision sensory system which enables the robot to adjust its path based on the feedback from its force sensor. 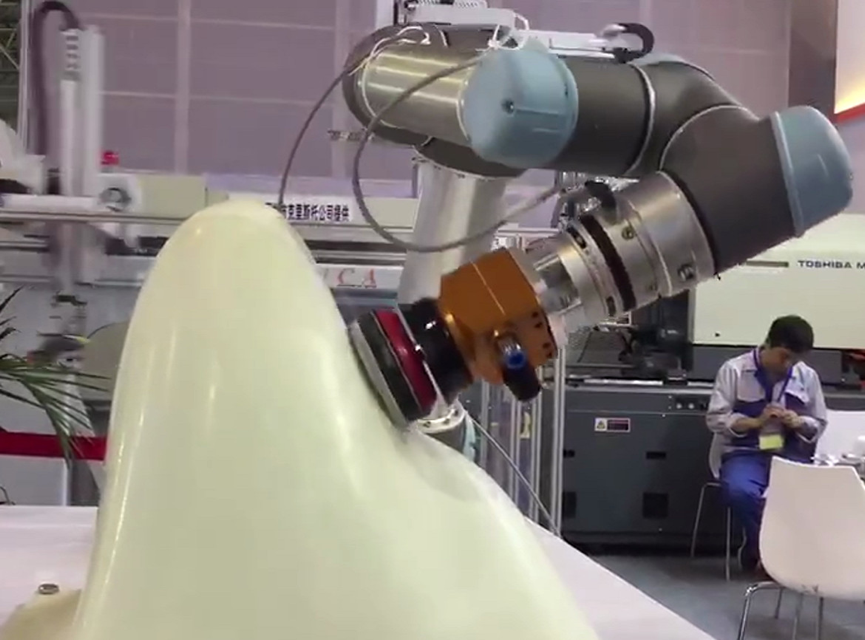 For customers who have already had robots deployed, all they need are a Cobox system and an additional mechanical hand to make its robot army smarter.

While smart robot systems can offer companies much convenience, the price probably will make most of them flinch. Therefore, for those who can’t afford to buy a complete set of hardware and software system, renting is also a viable option for Cobot. In this case, both Cobot and its customers could be happier. The customers won’t have to worry too much about the cost and Cobot itself can take a larger slice of the market.

Cobot has recorded a sales revenue of ¥25 million this year. Even though 2017 has barely ended yet, Cobot has already secured orders worth a total of ¥ 80 million for the coming year. It is expected that its sales revenue will leap to ¥150 million in 2018.

Li told Kr-Asia that the demand for smart robots will grow further as the notion of intelligent manufacturing trickles down to the whole manufacturing industry. The intelligent system developers, in the future, will pose some serious threats to the system integrators and robot manufacturers.

Therefore, whether they can retain their competitive edges or not depends on their ability to tap into the vertical market and responsiveness to the fast pace of intelligentialization.Cobot aims to build its CobotSystem into a universal intelligent system that is compatible with any industrial platforms.

Cobot now has around 70 employees. 50 of them are dedicated to the research and upgrading of its vision and sensory algorithms, while the other 20 focuses on system deployment.

Its founder and CEO Liu Miao is a Ph.D. graduated from École Polytechnique Fédérale de Lausanne. His research mainly revolves around the areas including robot learning, machine learning, man-machine interaction, intelligent control system and flexible manufacturing. On top of that, he is also a designated reviewer for materials submitted to such recognized opinion-sharing platforms as international conferences on robots and magazines.