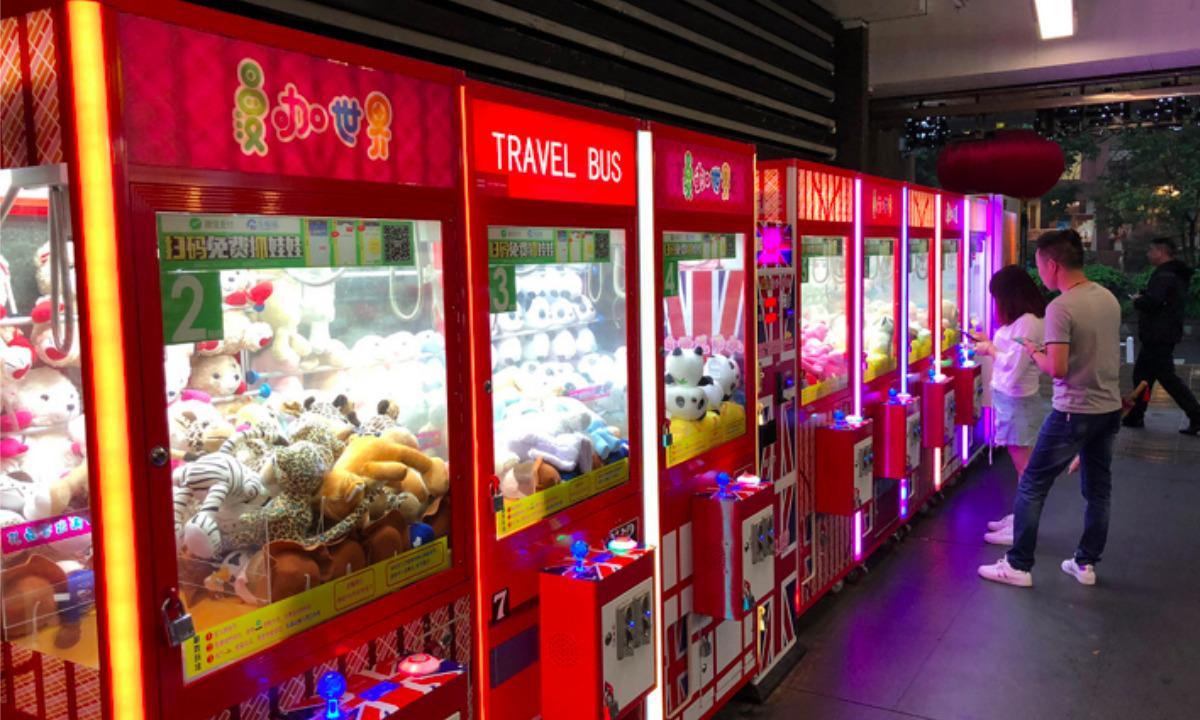 36Kr, KrASIA’s parent, learned that unmanned offline smart device provider LeYaoYao has completed Series B+ financing worth hundreds of millions from Detong Capital and Qianhai Wutonh. LeYaoYao also won the Series B financing in July 2017. Thus far, its total funding is more than 300 million RMB. It also includes previous investors such as Mia and Guangfa Xinde.

LeYaoYao was founded in September 2015, providing hardware for offline dolls claw machines with SaaS mobile payment. At present, it claims it has accumulated 300 000 offline dolls machines, covering 600 cities. Its market share is 70%, the daily revenue peaked at over 2 million RMB, while monthly revenue is over 300 million RMB.

The traditional offline self-service devices such as toy cranes are mostly coin-operated. Customer experience is poor, and operations are very inefficient. However, smart mobile payment can change this. With that, these smart devices can be used to create offline traffic and a platform for advertisements. The doll machine itself has a huge storage capacity, which helps facilitate mobile payments and +SaaS services.

The model of LeYaoYao can be briefly summarized briefly as follows：it cooperates with toy crane manufacturers, and provide the arcade retailers with the software and hardware including mobile payment, background maintenance, remote servicing and other functions. Founder of LeYaoYao, Chen Genghao told 36Kr that now and for a long time in the future, LeYaoYao does not plan to make money on hardware, but mainly from user operations, advertising, IP supply chains, online toy cranes and other businesses.

Advertising is a common way to monetize traffic flow. Traffic is usually obtained WeChat Official Accounts, interactive marketing and so on. In terms of IP, LeYaoYao cooperates with many internet celebrities such as XiaoZhu PeiQi, Meng QiQi and Feng Hong Bao to provide more varieties of dolls. Chen Genghao said that LeYaoYao hopes to increase revenue and reduce costs for operators to make profits together, and it is estimated that the revenues will exceed 200 million RMB this year.

Toy cranes have been a huge investment opportunity. The number of doll machines nationwide has exceeded 2 million, and the compound growth rate is more than 10% in five years. Chen Genghao believes that the doll machine market is still far from saturated, the domestic growth space is still very large if compared with Taiwan, of a population of 200 million and with 500,000 doll machines. This industry has progressed from a rapid growth stage to operations refining.

In addition to the doll machines, LeYaoYao will then also expand their facilities. It hopes to build tens of millions of smart devices. The equipment that is being developed is mainly divided into two categories: the first category is for entertainment, which includes such ones as children driving cars, Pachinko, Gashapon machines and some amusement park facilities. The second is the lifestyle, which includes massage chairs, washing machines, charging booths and so on. LeYaoYao wants to expand to more devices with similar business models. However, the specific mode of cooperation and promotion plan for each subdivision category will be decided according to the needs of the customers.