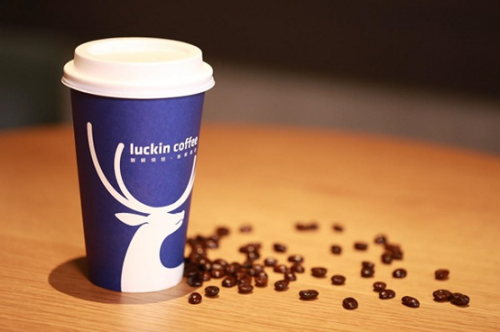 Luckin Coffee, China’s local coffee upstart, announced yesterday of its plans to offer healthy snacks at a 50 per cent discount for the 2,000 stores nationwide by end-2018. The variety of the snacks that customers can buy at cheaper-than-market prices ranges from muffins, sandwiches, croissants etc – basically any form of healthy food that is low in calories, sugar, and salt but high in higher fibre and nutrition.

More established coffee brands such as Starbucks and Costa Coffee already offer healthy snacks in addition to their coffees. The rapidly growing Luckin – it claims to have served more than 18 million cups of coffee to more than 3.5 million customers since launching in late 2017 – will increase competition in China’s retail coffee sector that has seen Starbucks China partner with Alibaba Group to boost sales turnover through the provisioning of coffee deliveries.

Qian Zhiya, Luckin’s CEO & founder, once made it explicitly clear its intent to fight for market share from Starbucks, saying in an exchange with China Daily: ” The market will not only have Starbucks. Every country has their own coffee brand.”

The price war Luckin Coffee is looking to initiate through offering low-priced healthy snacks is a similar strategy it employed with its cheaper-than-Starbucks coffee, which retails at RMB 24 ($3.52), which is 6 yuan cheaper than a grande latte at Starbucks.

While the cheaper and convenient coffee experience strategy via rapid expansions and the new retail methods have worked well for Luckin Coffee thus far, positioning it to become China’s first coffee unicorn, Starbucks looks to be positioning itself for catching up with its digitally upgraded stores via Alibaba’s ‘new retail technology’  & the new partnership with Alibaba’s Ele.me.

Given the different dynamics that dominate the retail coffee sub-sector – it lacks a winner-take-all long-term strategy – Luckin Coffee is strongly focused on the digital, geographical and delivery elements of its growth strategy. There are a number of strategies it could adapt to rival Starbucks in China.

However, these are short-term strategies. Given the uncertainty of China’s consumer market and the fickle nature of mainland Chinese consumers, the long-term prospects of Luckin Coffee remain unclear.