MDI’s Aldi Hartanto: Indonesia is not ‘the next China’

Indonesia is one of the most attractive countries in Southeast Asia for investing in technology startups because of its massive population (more than 250 million). The state of Indonesia’s digital ecosystem is often said to be reminiscent of China’s in 2008 — just before the latter emerged as a global tech innovator.

There are similarities. Both markets have large consumer bases, low credit card ownership, and are mobile-first, which means most access the internet from phones, not desktop computers. Chinese companies and investors have dipped their toes into Indonesia’s burgeoning ecosystem, looking to make bank on trends that had taken off in their home country years ago. Examples include Alibaba investing in e-commerce startup Tokopedia, and Tencent investing in O2O platform Go-Jek, which started as a ride-hailing company.

Yet, the “time-capsule” theory is too simplistic in many cases. Aldi Hartanto, the head of strategic innovation at MDI Ventures, the venture capital arm of Telkom, Indonesia’s state-owned telco, believes that there are important distinctions between Indonesia and China. Fragmentation is one, he explained. China is more homogenous than the ethnically and religiously diverse Indonesian archipelago. That said, there are still lessons to be learnt from the increasing interest from Chinese companies in Indonesian startups.

In an interview with KrASIA, Hartanto also spoke about the up-and-coming agritech sector in Indonesia, the end of a Silicon Valley mindset, and MDI’s role as a corporate venture capital (CVC) that brings value to the bigger ecosystem.

The following excerpt was edited for brevity and clarity:

KrASIA: Indonesia is seeing a lot of interest from Chinese tech firms and investors How do you see this affecting Indonesian firms?

Hartanto: We actually agree to disagree that Indonesia is the next China, since Indonesia is too unique with its opportunities and challenges. I was born and raised in Indonesia, but do I really understand this country? Seems like I still barely know it at all.

Compared to China, Indonesia is an archipelago country with over 250 million people pread across more than 18,000 islands, 34 provinces, and 514 cities with five religions and upwards of 300 ethnic groups all with their own unique values that highly influence how the Indonesian economy is shaped. If you want to sell a product in Jakarta compared to Surabaya, many things will be different, from product positioning, price, offerings, and promotions.

But one of the good things that happened due to the influx of Chinese capital is the transfer of knowledge and mindset; we can learn from how China has been able to differentiate itself from Silicon Valley or even outsmart them. For example, WeChat and Taobao have evolved from initially being the ‘copy-cat’ of Whatsapp and Ebay to being unique versions of themselves for the Chinese market. They are currently even bigger than their counterparts in the US, and have pushed others to copy them instead. It proves that copying innovation from Silicon Valley wouldn’t be the case anymore, but understanding and executing locally to tackle local problems has become the right way to go.

This learning curve has allowed Chinese-backed Indonesian startups to apply the same mindset to conquer their own local markets. Take a look at how Go-Jek has evolved from a ride-hailing startup to being an everyday life app for Indonesians, or Traveloka that started as an online travel agent for Indonesia has become the one stop solution for Indonesian (as well as Southeast Asian) travellers.

Today marks the end of the ‘Silicon Valley Mindset’ — one that we can and should create our own versions of.

KrASIA: MDI Ventures has offices in the US, Singapore, and Indonesia. How do they help you find companies to fund?

Hartanto: Our investment classifications are separated into three parts: 1) Now, 2) New, 3) Next. We only invest in growth or late-stage companies, primarily post-Series A and above, focusing geographically on Indonesia, APAC, and Silicon Valley. We go to Silicon Valley due to the maturity of the ecosystem; Telkom has to think global.

We are the only Indonesia-based investor that has ever co-invested with tier-1 Silicon Valley investors such as Y Combinator, SoftBank Capital, Google Ventures, Social Capital, Bain Venture Capital, and global corporate venture investors such as Aviva Ventures, Deutsche Telekom Capital Partners, Telstra Ventures, Singtel’s Innov8, and so on.

Venture investment is a high-risk business that mainly relies on reputation currency. Great companies only want to be invested by great investors, especially since the VC game is one of validation, as the round of investment keeps rolling.

This is why, since the beginning, we have been consistent to only co-invest with tier-1 investors to assure that we validate each other. Having said that, since most of the top investors and startups are based in Singapore (for Southeast Asia), San Francisco or Boston (For the US), naturally, we are required to have a presence in those locations, while our Jakarta office is there to maintain our relationship with our parent company.

KrASIA: At one conference recently, a VC said that corporate venture capital (CVC) can often be good, but sometimes it also acts as “vanity capital”, where investment arms of corporates do not fund companies to benefit the ecosystem, but sometimes to deter the competition from disrupting the corporate’s business. What are your thoughts on this?

Hartanto: In today’s economy, we believe that “disruption”, especially by tech companies, is the new normal ever since Netscape was able to capitalize on the nascence of the internet, which has virtually transformed every segment of the business world.

VC investments have been a critical driver behind disruptors, as the capital provided has allowed startups to achieve a certain scale to disrupt the incumbents. In the US, disruptors, like Netflix, Amazon, Whatsapp, Airbnb and Uber have overtaken most of their conventional competitors. In Indonesia, Traveloka, Go-Jek, and Tokopedia have managed to follow the same trend in taking over pieces of market share in their respective areas.

Since the wave of digital disruptions are now home-grown, businesses need to reorganize and respond by launching similar digital initiatives to anticipate the upcoming innovation trends, which makes the establishment of a CVC arm a natural path.

Although backed by a corporation, a CVC fundamentally still operates like any other VC firm; financial returns are one of the key measurements, meaning that the startup’s success is our success.

Regarding your point, most VC firms also restrict themselves from investing in companies that are competitive with their portfolio. However, some VCs take a more ‘survival of the fittest’ approach and encourage making many investments in a hot space without concern for competition.

For us, it’s the same. We have seen thousands of startups over the years, some of those being potential disruptors of Telkom Indonesia. We are extremely careful to not communicate or share any confidential information about the startups to Telkom Indonesia. However, sometimes, the competitive startup and our parent might see a benefit to making the investment, learning from, and partnering with each other, but this is done transparently and with the principle of a mutually beneficial partnership.

KrASIA: What do you think is the most underrated sector in Indonesia’s tech industry? Why?

Hartanto: After the e-commerce boom between 2014 and 2016, everyone was focused on ‘e-commerce enablers’: sectors supporting the growth of e-commerce such as logistics, adtech, SaaS for SMEs, fintech, etc. Moving forward, fintech is the next hottest sector, given the challenges in increasing the banking penetration to accelerate the adoption of e-commerce or online transactions.

But if we really try to deep dive on Indonesia’s true potential, it is certainly the agritech sector. 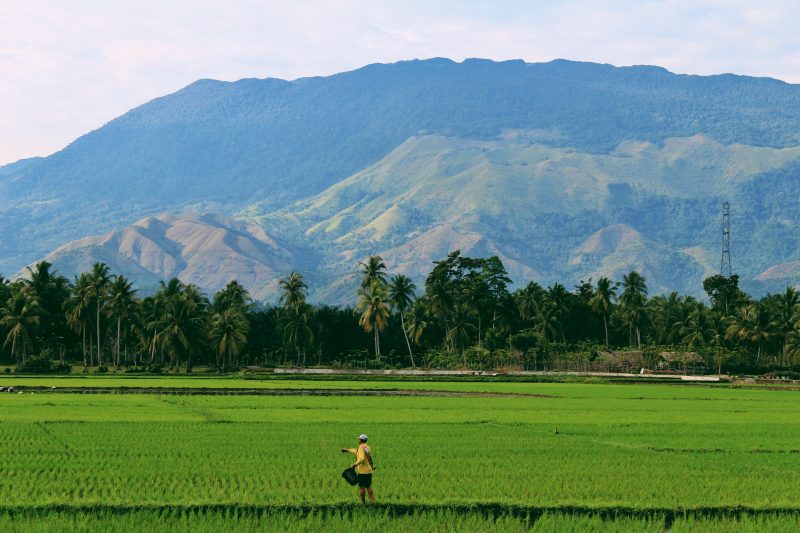 Agriculture is one of the backbones of the Indonesian economy. It accounts for 45% of total labour force in this country, 30% of Indonesia land area, 13% contribution to GDP, and blessed by its tropical season, anything that is planted here will definitely grow.

However, there are enormous challenges. Technology adoption in the agriculture sector is very low, given that 80% of the farmers are 50 years old or above and have received a limited education. Indonesia’s infrastructure is still far from ideal; most farmers still face difficulties getting access to the internet.

Even though there is no agritech unicorn yet, there are several recent transactions – though not quite “unicorn status,” but still categorized as significant ones – such as Monsanto’s acquisition of Climate Corp (US$960 million), Bayer’s acquisitions of Athenix (US$365 million), and AgraQuest (US$425 million) that are early indicators of the sector’s potential.

It took Silicon Valley 50 years to be as established as it is today, producing future unicorns. Seeing how clear the problems and ecosystem is, gradually developed by highly specialized investors and entrepreneurs to crack the potential in agritech, we will certainly see Indonesian agritech unicorns popping up in the future.