Despite dealing with the fallout of its financial scandal and being fined by Chinese authorities, Luckin Coffee seems to have reclaimed some of the trust it had previously lost.

Centurium Capital’s affiliate firm will buy USD 240 million in convertible preferred shares of Luckin Coffee, with Joy Capital doing the same to the tune of USD 10 million, according to a press release from the beverage chain operator on Thursday.

This deal, which is subject to a series of closing conditions, including the implementation of a USD 460 million debt restructuring plan, marks the first fundraising the on-demand beverage chain has landed so far since its RMB 2.2 billion (USD 310.5 million) financial fraud surfaced one year ago.

Under certain circumstances, the two investors, which backed Luckin Coffee’s rise before its initial public offering in 2019, may be able to up their stakes on a pro-rata basis for an additional USD 150 million, the company added in the release.

Luckin Coffee plans to use the money to facilitate its proposed offshore restructuring and fulfill its obligations under the USD 180 million settlement with the US Securities and Exchange Commission, so that the company can focus on growing its core coffee business. It still holds a USD 775 million cash balance, excluding restricted cash and illiquid investments, as of February 28, according to information disclosed by the company when announcing its debt restructuring plan in March.

“For the company, it is a second chance,” a source surnamed Zhang who works for a venture capital firm told KrASIA on Friday. “Many companies make mistakes. Luckin did some things wrong in the past, so it needs money to shoulder its obligations for the malpractice.”

“The communication cost in seeking the fund is relatively low when Luckin turns to primary investors for help since its investors and the company coincide in interests,” Zhang, who is also a customer of Luckin Coffee, added.

Zhang shared that she has not changed her habit of ordering Luckin coffee since the financial scandal came to light. “As long as the quality control of coffee is not problematic, I am ok with the company as a consumer,” she said.

“There have been no changes in the quality, nor prices, of Luckin’s products since the scandal,” said Yan, another Luckin customer in East China’s Jiangsu Province. Yan buys Starbucks or Luckin takeaway coffee during weekdays, and spends time in coffee shops during the weekend.

“There is always a Luckin store within 500 meters of my office, even though I have changed jobs several times in Jiangsu in the past several years,” she said, referring to what she recognizes as one of Luckin’s advantages.

Luckin managed to keep all its stores in China open and stayed in business, paying suppliers and employees, the company said when it announced its debt restructuring plan.

Despite the turbulence brought about by the scandal, the chain managed to open 120 new stores in January, on top of the 4,800 outlets it had at the end of 2020, according to a Caixin report. 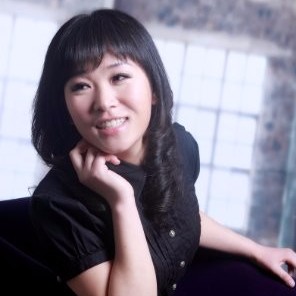