This performance was driven by a nearly 200% surge in electric car sales, despite chip shortages that have impacted carmakers around the world. Xpeng expects to deliver more than 34,500 vehicles in Q4 and offer new services enabled by autonomous driving, such as robotaxis.

Net losses widened to RMB 1.59 billion (USD 248.8 million), compared with an RMB 1.19 billion shortfall in Q2 and an RMB 1.15 billion (USD 180 million) loss a year earlier. Xpeng went deeper into the red than the average analyst forecast of an RMB 1.09 billion loss, partly because of higher R&D spending, the Guangzhou-based EV maker said in a statement on Tuesday.

“We achieved strong growth momentum in the third quarter despite the challenges of the semiconductor shortage,” said Xpeng president Brian Gu.

Xpeng posted the highest volume for vehicle deliveries among China’s EV makers. The company has two models for sale—the G3 SUV and the P7 mid-sized sedan. It delivered 25,666 units in the quarter, a 199.2% increase from a year earlier and a new high. This also represented a 47.5% increase from 17,398 units in Q2.

The growth was driven by robust sales of Xpeng’s P7 sedan. Xpeng shipped 19,731 cars to customers in Q3, compared to 6,210 from a year earlier.

“This outperformance testifies to the market’s recognition of the differentiated value our vertically integrated, in-house-developed software and hardware bring to our vehicles,” said CEO He Xiaopeng in the statement.

Xpeng’s gross profit from selling automobiles was 14.4%, up from 11.9% in Q2 and 4.6% a year earlier. Operating expenses, however, increased substantially, as the company doubled its R&D investment to RMB 1.26 billion (USD 197 million) over the past year.

President Brian Gu said the company is planning to enter more European markets, including Sweden, Denmark, and the Netherlands in 2o22. Xpeng established a presence in Norway last year.

Last week, the company unveiled the fourth vehicle in its product lineup, the G9 SUV, at the Guangzhou auto show. It is Xpeng’s first vehicle designed specifically for consumers in China and abroad. 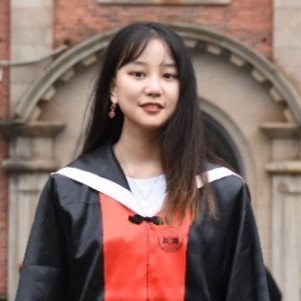 Mengyuan Ge
Mengyuan Ge is a passionate tech reporter of 36Kr Global in Beijing. She covers market trends, start-ups as well as big-techs in China.
MORE FROM AUTHOR
News

Tencent reduces its stake in JD.com by distributing most of its holdings to shareholders as dividends