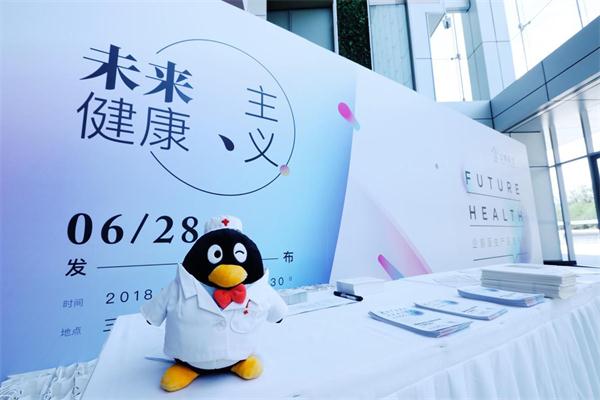 Chinese social networking and gaming giant Tencent is yet again expanding its ambition in the medical tech (medtech) sector by combining the business of Tencent Doctorwork and Trusted Doctors, both are its investees.

Words of the merger came out earlier and were confirmed by the new entity on Thursday. WANG Shirui, founder of Tencent Doctorwork will assume the CEO post at the new company.

Tencent Doctorwork (企鹅医生 in Chinese) and Trusted Doctors (杏仁医生) have their unique strengthens that complement each other.

Tencent Doctorwork , founded in 2016 in Beijing, is a joint effort among Tencent, Sequoia China, GAW Capital Partners, as well as, Medlinker, also a Tencent medtech portfolio.

The company’s business is inclined to the offline channels. It operates three flagship physical medical institutions called Tencent Clinics in Beijing, Shenzhen and Chengdu, and aims to launch 200 to 300 similar clinics but of smaller scale across China.

On the other hand, Trusted Doctors, incepted in 2014, positioned itself as an online career advance platform for Chinese doctors. It to date has accumulated over 430,000 local doctors who provided tens of millions of health consultation services for patients.

After the merger, the two companies, though, will still run independently under their respective brand, exchange of resources and technology and mutual support are expected to build a complete platform that leverages both internet technology and physical medical facilities to match high-quality medical services with patients in need.

Following such logic, Tencent invested in Tencent Doctorwork to connect patients and doctors in an offline manner, in DXY and Medlinker which are professional platforms for doctors, in Weiyi for making appointment and consultation, in Haodaifu to online match patients and doctors, in Miaoshou Yisheng for online pharmacy, and finally, Medbanks for big data-based tumor diagnosis.

MU Yifei, an executive director at Tencent’s investment arm said that Tencent has been exploring how to boost the quality of Chinese medical system by using internet technologies.

Tencent, according to a local report, has poured a total of around US$30 billion into 33 medtech startups.