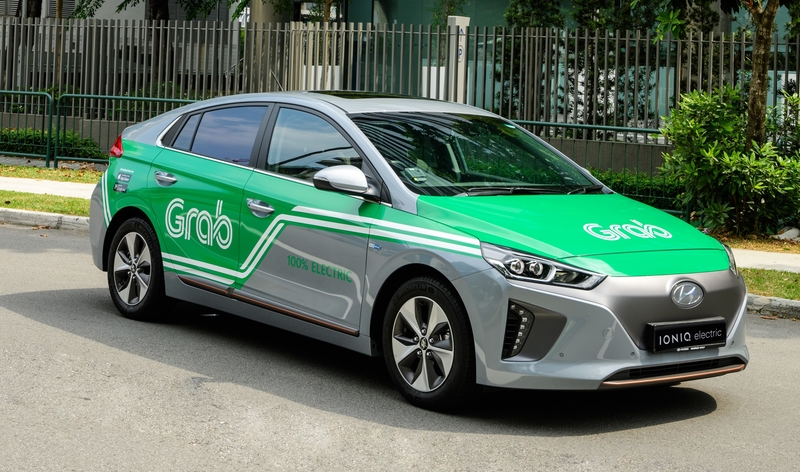 In June, SP Group announced its plans to build the country’s largest public EV charging network of 500 locations by 2020. It wants to put the first 30 of these charging points up by end-2018. They will be placed near coffee shops and eateries, places where taxi- and private-hire drivers typically take their breaks between jobs.

It will take around 40 minutes of charging for a full day’s worth of completing orders on the platform, Grab says. The e-fleet is set to roll out gradually starting early-2019.

Goh Chee Kiong, Head of Strategic Development at SP Group, said in a statement that this partnership will speed up the adoption of EV in the country and help bring down Singapore’s carbon footprint.

Increasingly, drivers in Singapore are starting to look at EV as a feasible alternative. In 2017, there were 520 EV in Singapore, including both hybrid vehicles and those that run purely on battery, compared to 137 in 2016.

Other companies tackling the electric car sharing market in Singapore include BlueSG, which allows people to book and use EV located in more than 100 spots islandwide, and Hold Dreams Together, an EV taxi company required to operate a minimum of 800 EV taxis within the next four years.

In January, Grab signed an agreement with South Korean vehicle manufacturer Hyundai, which is also a Grab investor, to further their collaboration.