In ‘Smart Nation’ Singapore, a shift to ‘Smart and Secure’ 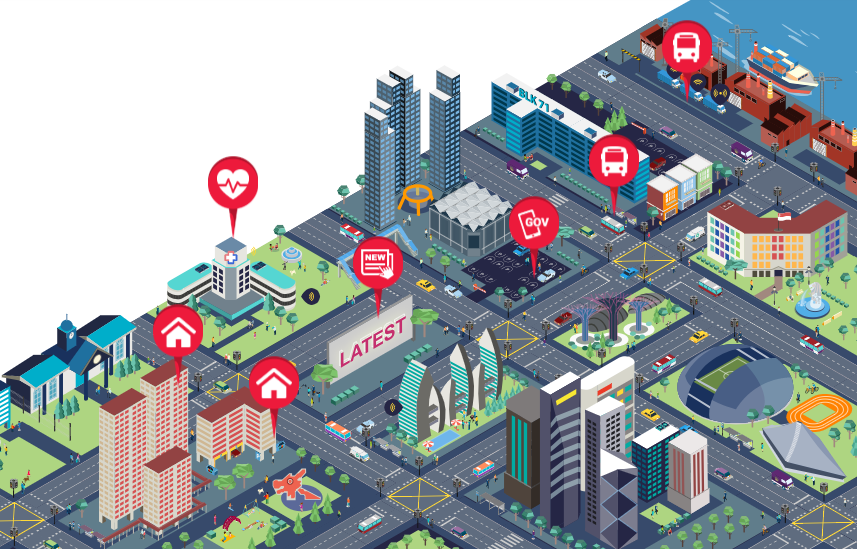 Singapore’s ambition to be the leading ‘Smart Nation’ saw a setback last week when it came to light that hackers stole 1.5 million non-medical records and 160,000 prescription histories from Singapore’s national healthcare group SingHealth.

This was deemed Singapore’s most serious cyber attack to date and it’s a reminder of the risks that come with concerted efforts to collect and store data to provide smarter services. While the jury is still trying to figure out what went wrong, Singapore pushes on in with its Smart Nation agenda, which includes spending more than US$100 million on big data analytics capabilities and artificial intelligence (AI) research.

Southeast Asian ride-hailing app Grab is the latest example of tech companies partnering the Singapore government to further AI research. By pouring money and resources into efforts like these, Singapore aims to be at the cutting edge of global innovations in AI.

Last Wednesday, Grab announced a joint research lab with the National University of Singapore (NUS) to solve urban transportation issues. Both entities are said to be spending S$6 million (around US$4.4 million) on the lab, without detailing who’s putting in what amount.

Grab said the lab’s researchers will help it map out traffic patterns based on its data and identify ways to directly impact mobility and liveability of cities not just in Singapore, but across Southeast Asia.

Grab CEO Anthony Tan pointed out that travel time is something the new AI lab will look at, because shared transportation solutions like those offered by Grab could help significantly reduce travel time at peak hours.

Tan Eng Chye, the President of NUS, said he hoped that these types of collaborations would, over time, help build a healthy pipeline of experienced data scientists and AI researchers.

AI labs based on link-ups between private companies and universities are a positive move with long-term effects on Singapore’s competitiveness, argues Lee Jin Hian, Founder of Evie, an AI-based scheduling assistant. “I think Singapore has not only an opportunity to be a centre of excellence in AI, but also [a chance to] sell made-in-Singapore products to the world. This wouldn’t have been possible with manufacturing, but digital products powered by AI are a strategic asset that can help grow [gross domestic product],” he told KrASIA, referencing Software-as-a-Service companies like Atlassian and Xero.

Malaysian entrepreneur Lim Meng Hui, the co-founder of AI-based video analytics software SmartPeep, is equally bullish on Singapore’s effort to boost the AI scene with its weekly events and initiatives to train engineers. “This is something we can hardly find in Malaysia and Hong Kong,” he said, pointing out that having these labs in the country will help create more jobs for undergraduates and attract foreign experts to come to Singapore.

In February this year, Alibaba co-established a research institute with NTU in Singapore to explore the uses of AI in healthcare and city planning. Local telco Singtel also committed S$42.4 million (around US$31 million) into a corporate lab for AI and data science in Nanyang Technological University (NTU) last December, looking to “develop applications for use in the areas of public safety, smart urban solutions, transportation, healthcare and manufacturing.”

All this is part of a “national programme” of AI-related efforts, AI Singapore, set up by the National Research Foundation. Started in 2017, the government pledged to invest a total of S$150 million (around US$109 million) in the first five years to use AI in addressing major challenges, promoting the use of AI and machine learning, and advancing AI technologies. AI research out of Singapore is already the second most cited in the world after Switzerland, beating the number of cited studies coming out of Hong Kong and the US.

While new AI-based consumer tech companies with global scale have yet to emerge out of Singapore, the government’s investments have been paying off in terms of raising Singapore’s ‘Smart Nation’ profile.

In a 2017 global smart city index compiled by Intel and Juniper Research, Singapore scores the top spot in all four of its categories: Mobility, Health, Safety and Productivity.

Ranking 20 cities, including London, New York, Tokyo and Seoul, the report points out that Singapore has implemented breakthrough ‘smart’ solutions to curb traffic issues, help with an ageing population, reduce the likelihood of crime, and use data in city-planning decisions.

But with so much data being collected privacy and security are also becoming concerns.

In the recent SingHealth case, hackers were said to get hold of non-medical personal particulars including name, NRIC number, address, gender, race and date of birth and outpatient medicine prescriptions. The sophisticated attack also targeted Prime Minister Lee Hsien Loong’s medical data, which has led some experts to think that this was orchestrated by a foreign nation.

In a Facebook post, Lee acknowledged the risks of computerising medical records, and that despite the government’s “best efforts, it might be compromised”. However, he added, Singapore cannot revert to storing medical records “with paper and files”, and that the country has to move forward in building a “secure and smart nation”.