This newly funded S’pore startup lets you skip the clinic 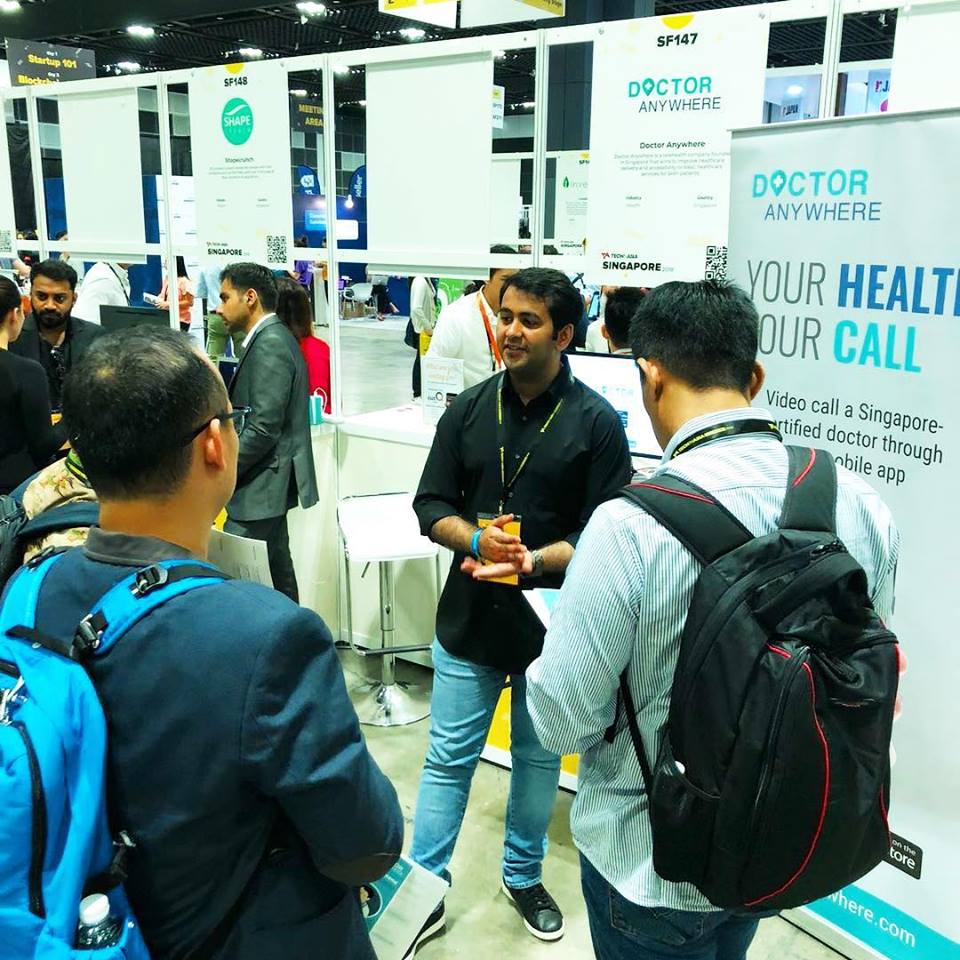 Suffering from a cold or flu? It’s now easier than ever for you to see a doctor from the comfort of your bed than to leave home sniffly and red-faced.

Singapore-based telemedicine platform company Doctor Anywhere allows patients to consult with a licensed medical professional anywhere, any time. This is provided that the customer is not suffering from a non-emergency illness or are experiencing symptoms that should be treated immediately at the nearest Accident and Emergency (A&E).

How does it work?

A typical consultation on the eponymous app and website is conducted via a video call between the doctor and the patient. According to the company, all of the medical doctors hold professional licenses issued by the relevant authority, and users can search for any particular doctor on the government’s database should they have any doubts.

At the start of the call, the physician will determine if the patient should go directly to a clinic to see a doctor in person. Should that happen, the former would inform the latter that “an in-person consultation is more appropriate before ending the call”, and no fees would be charged for such a consultation.

Otherwise, the doctor would then continue with the call, and like any other consultation, give a diagnosis and prescription should one be needed.

The company noted on its website that the doctors on its site are licensed to “prescribe a wide range of drugs”, however, they will not be able to “prescribe any narcotics or pain medications”. This is to keep away errant users who may not be legitimately sick and might be taking advantage of the non-physical aspect of the platform to purchase and abuse narcotics.

Patients that require a medical certificate can also be issued one via email after the consultation. Similarly, referral letters to specialists can be issued should a doctor agree to do so, and would be issued to the patient after the call via email.

Due to privacy concerns, both parties are not allowed to record any part of the video consultation, and recording it may subject the offender to prosecution. According to the company, all records are stored inside encrypted databases on the Amazon Web Services platform, and users may also view their history when they log into the platform.

The company charges S$20 for a 10-minute video consultation on the platform. Should a call hit the 10-minute mark, the doctor can ask for a 10-minute extension, which will cost another $20. Patients would be asked to approve this extension; if the patient does not agree to the extension, the video call will end promptly at 10 minutes sharp.

For reference, a typical consultation at a private clinic or hospital in Singapore regarding non-emergencies will take around five to 10 minutes, and will still cost upwards of $20, depending on location, for the consultation alone. It will also provide delivery of medicine after the consultation, which is a value-added convenience.

This service is of course not limited to merely common illnesses. For example, those seeking advice regarding aesthetic services can, too, consult with the doctors on Doctor Anywhere, according to this report.

Dr Kevin Kok, Director of Medical Services, Doctor Anywhere, said, “Many care-seekers simply want their questions and concerns addressed before going for a physical consultation. Our real-time service targets this by allowing them to engage face-to-face with qualified doctors within minutes, without having to make a clinic trip.”

It also started to offer a lactation consultation service, which allows lactating mothers, especially those new to childbirth, to get guidance from doctors on its platform.

“For the longest time, we have been restricted to physical visits. But for some healthcare issues, you don’t need a doctor to be onsite,” said founder and CEO Lim Wai Mun in an interview. According to the same source, the idea came to him in 2015, and the firm launched its app in October 2017.

Funding-wise, the company today announced receiving $4.1 million in investment from a Series A round led by Kamet Capital Partners. It will be using the funds to grow the team, enter “new business verticals”, and come up with additional offerings.

A Straits Times report dated 16 September 2017 noted that around 20 doctors have joined the platform so far. As of 17 April 2018, it has garnered 6,000 users and over 30 doctors on Doctor Anywhere, according to another report.

Other startups in this space locally include MyDoc, which raised $5.2 million in a Series A round last year, and DocDoc, which announced a $5.45 million investment earlier this March with 23,000 doctors on board.

Globally, the future of telemedicine is still up in the air, whether or not it will be commonplace for people to look to their apps for consultations, even as companies like VSee brings medicine to rural areas and Doctor on Demand snap up $74 million in funding. This is especially given the murkiness that lies around misdiagnosis.

Like any company in this gig-matching economy, like Uber, TaskRabbit or even Airbnb, the challenge is in building up a database of 5-star professionals and making sure every experience is a stellar one. For Doctor Anywhere, it will be doubly so, given that it could potentially turn out to be a matter of life and death, whatever the prognosis.